Soil moisture levels have kicked on, opening up opportunity for deep ripping and seeding. 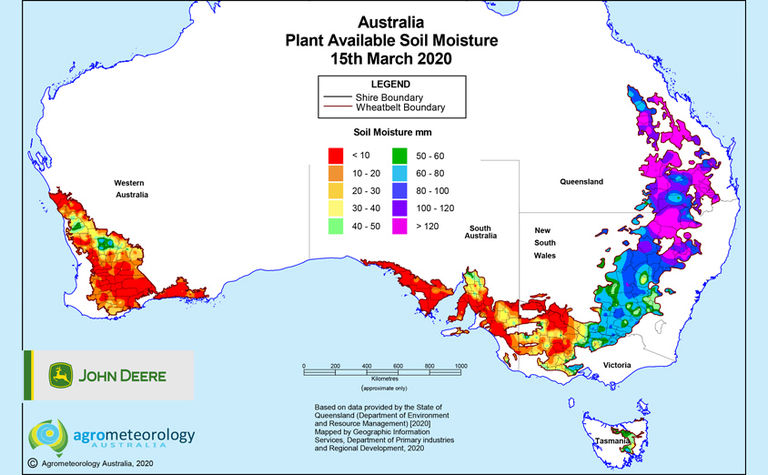 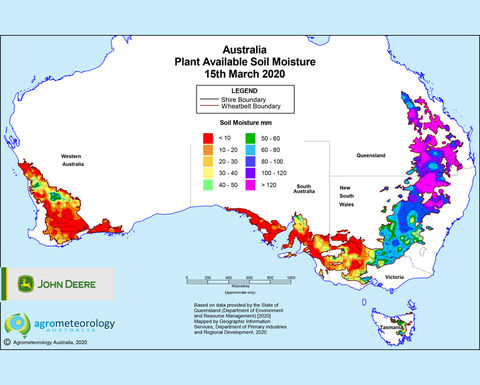 Soil profiles are finally starting to fill in the regions most affected by the last 3 years of drought.

With recent heavy rain over New South Wales and eastern areas of Victoria there has been a jump in soil moisture in these regions.

Farmers having sown crops for animal feed are seeing good biomass production. Other areas not sown have good reserves forming for winter crops.

In other parts of the wheatbelt with higher moisture content levels, this moisture is more at depth after heavy rains in February in Queensland, Western Australia and parts of the southeast of the country.

Since the February rain in the northern areas of Western Australia fell over a number of days but hot weather followed. Subsequently, a lot of moisture has since evaporated in that region.

The rains in the mid-northern half of the Western Australian wheatbelt have provided growers opportunity to implement soil amelioration options.

The South of WA and the South Australian peninsulas remain dry with minimal general rain in these areas. 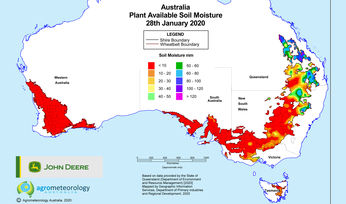 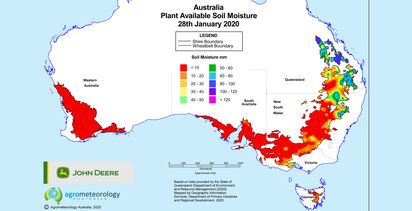