RAIN has improved the seasonal conditions in some parts of Queensland and New South Wales. 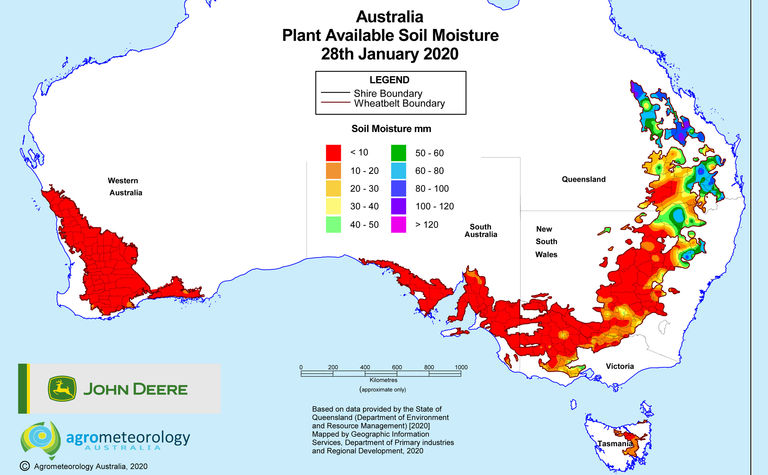 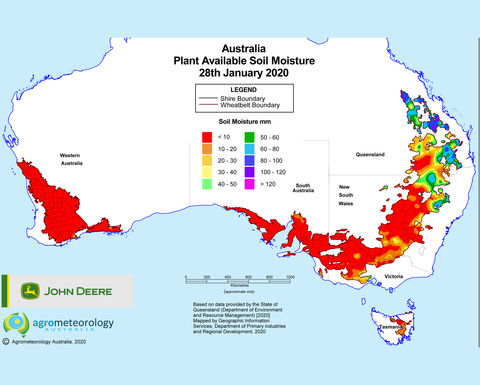 Western and Southern Australian soil moisture levels remain low with little activity in these areas over summer to date.

Soil moisture levels captured in these maps at the end of April will be boosted by more recent falls... 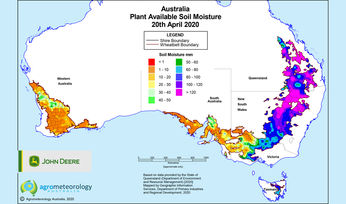 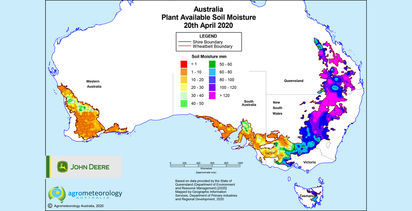