Bourgault raises the bar for seeding and tillage gear

Bourgault is renowned for its build quality & catering for large-scale farming for almost 25 years.

Like the impressive range of seeding gear, Bourgault Australia Pty. Ltd. (a wholly-owned subsidiary of Bourgault Industries Ltd) has a firm foot print in Australia.

Bourgault also has the eastern states covered with a second facility located in Albury, NSW. The Albury facility was purpose built in 2015 with a 4800m² workshop, office and spare-parts building situated on a seven-hectare block.

Situated only kilometres from a major rail hub and backing onto the Hume Highway, customers can be assured that parts and service support and logistics are easily accessible through the Albury depot.

Bourgault's considerable investment in these facilities indicates not only the increase in sales over the years due to Bourgault's healthy reputation as a quality product, but is also testament to the increase in size of seeding equipment now available to Australian farmers.

Seeding equipment like the recently-launched 8000 and 9000 series seeding carts and the 4th Row and CRS (Custom Row Spacing) units which have been developed here in Australia.

Bourgault Australia's commitment to the Australian farmer hasn't been limited to investment in real estate. Over the past 24 years, Bourgault has continued to invest in equipment that has been designed specifically for local needs with extensive testing involving hundreds of hours in Australian paddocks.

From the Hydraulic Variable Breakout (HVB) trip assemblies, that were designed, tested and are manufactured right here in Australia, to the Controlled Traffic Farming 3m centre axles and Australian-specific tank splits on air seeders, Bourgault has continued to supply Australian farmers with quality equipment suited to their conditions.

Bourgault is always willing to listen and all of Bourgault's Aussie-based engineering capabilities are backed by operations in Canada.

In many cases, prototype testing is carried out locally, like what was performed prior to the release of the new 4th Row and CRS (Custom Row Spacing).

When the standard three-row, 10" or 12" machine doesn't quite fit in your farming system, and you have a specific request for 375mm spacing or three openers to a metre, Bourgault Australia can come up with a CRS layout for you.

The FMS (Frame Mounted Seeder) is a new range of narrow transport seeders designed specifically for the Australian market.

FMS seeders offer sowing widths of 6m and 8m, and a narrow transport window of 3m wide by 4m high. Both tine and disc versions are available, with up to four tanks in two sizes, 4800L and 7200L.

In mid-June, Bourgault's ‘Breaking Barriers' event saw the company release its next generation of air seeders and tined seeding bars and a new line of disc openers, including the 3820 ParaLink coulter drills.

The PLR uses the same large 20.5" diameter disc as the PLW (ParaLink Walking axle) opener, set on a seven degree lateral and 10 degree vertical compound angle, assisting in both penetration and combating hair-pinning.

The PLR also has the same hydraulic downforce and parallel linkage, ensuring consistent seed depth in a range of conditions. There is an increased 510mm of travel on the next generation opener, with a one-to-one ratio between the seed boot and the gauge wheel.

Following the seed boot is a seed-firming wheel, pressing the seed into moist soil at the bottom of the furrow, ensuring good seed-to-soil contact. Packing pressure on the press wheel comes from an easily adjustable spring, reducing the chances of over-packing.

The 3720 disc seeder is equipped with the PLW opener and is fitted with a parallel linkage to provide over 400mm of travel.

The PLW opener provides accurate seed placement at a consistent depth even in undulating country.

The walking axle design splits the opener downforce, one third at the cleaner wheel and two thirds at the packer wheel.

Lemken has been making tillage gear for more than 200 years. 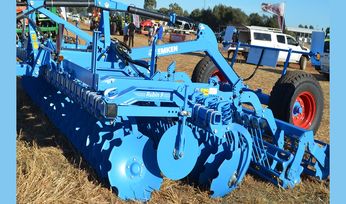 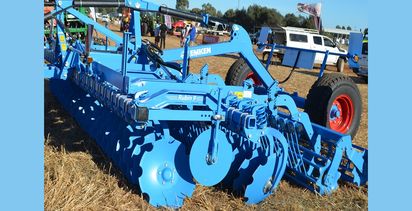 How LPG Gas Is Used In the Agriculture Industry