SOME of Kuhn’s latest farming gear was on display and demonstrated at Naracoorte, South Australia, at the company’s Machinery Expo 2020 yesterday. 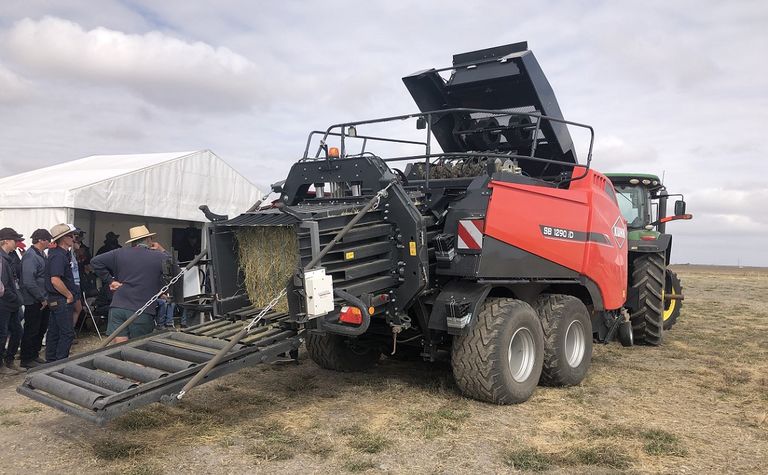 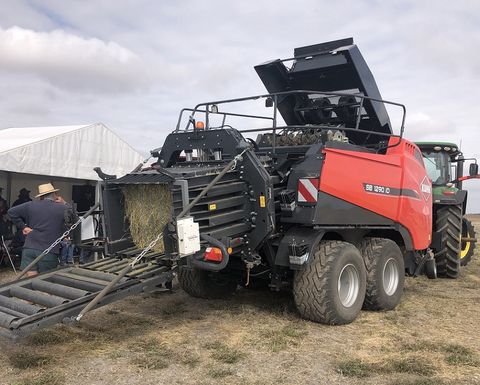 Several hundred people were in attendance, including dealers and customers, who were able to inspect balers, tedders, mowers, spreaders, sprayers and tillage gear.

A couple of highlights were the new SB 1290 iD large square baler and some of the latest fertiliser spreader technology which Kuhn is using, including section control.

The SB 1290 iD is Kuhn's high-density square baler and landed in Australia late last year. The baler has a unique dual plunger (operating at 46 strokes per minute) which Kuhn calls the TwinPact plunger.

Driving the SB 1290 iD is a 485kg flywheel which has slip clutch protection (no shear bolts). The feeder system has a torque limiting clutch which also means no shear bolts to replace if a blockage occurs.

Another innovation on display was the CCI 1200 monitor and controller which is available on several pieces of machinery for Kuhn including its spreaders and the SB 1290 iD baler.

The CCI is an ISOBUS platform and is now available with a CCI A3 ISOBUS joystick. The joystick has a touchscreen and several ‘skins' which can be used to vary the amount of functionality. And the whole system can be linked to a tablet or laptop via wifi.

More details on the Kuhn Machinery Expo will be published in next month's Farming Ahead magazine. 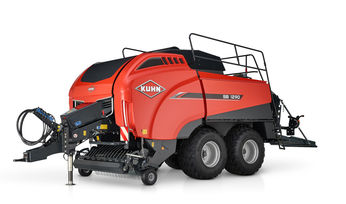 New Kuhn spreader to be unveiled