It is crunch time for winter crops and this time of year is one of the most interesting for our yield prediction maps. 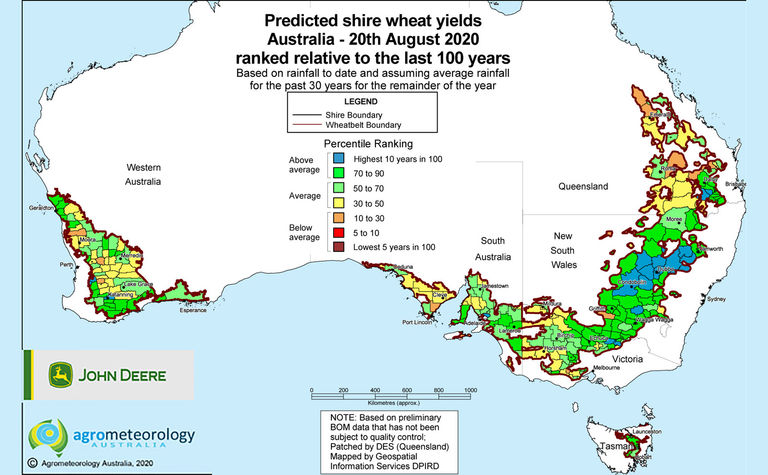 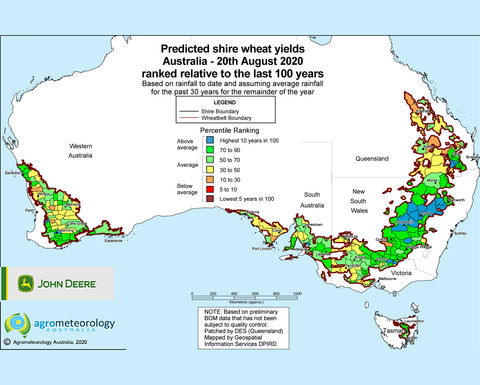 Thanks to support from John Deere, Kondinin Group has engaged Dr David Stephens from Agrometeorology Australia to produce these maps for Kondinin Group members for the 2020 cropping season.

After a dry end to July there was a turnaround in the season for many growers in the first three weeks of August with a series of cut-off lows moving over the continent.

Overall, many shire rankings did not change much over the month, though once again, New South Wales has powered ahead with more shires the centre of the state seeing a top "10 in a 100" type season.

Other regions to see an increase were the northern wheatbelt and south coast of Western Australia, parts of the Darling Downs in Queensland and the far west in the Eyre Peninsula.

In contrast, below average rainfall over the last month brought yield rankings down in the southeast of South Australia and the central southern wheatbelt in Western Australia where more shires are now ranked below median.

Once again most models continue to indicate an above average finish to the season, but like this time a month ago, not much is predicted in the next fortnight.

New South Wales appears on track to be the only state to fully deliver on a promising season start. 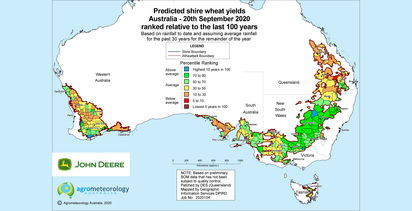