CROP yield ranking maps for 2019 in Eastern and Western Australia can be now found at farmingahead.com.au 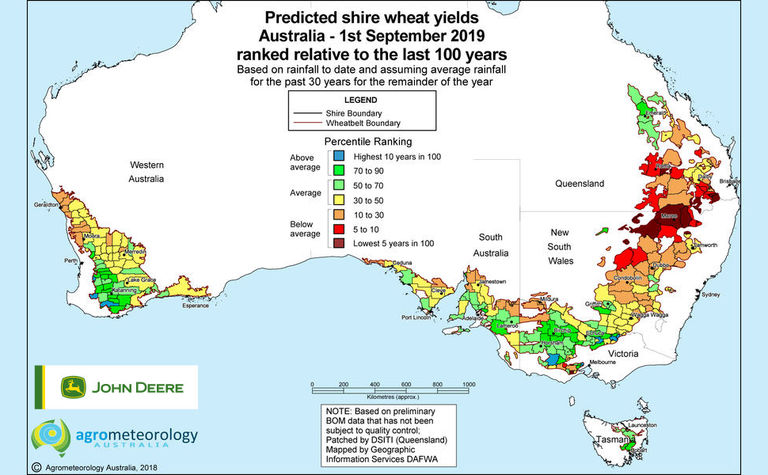 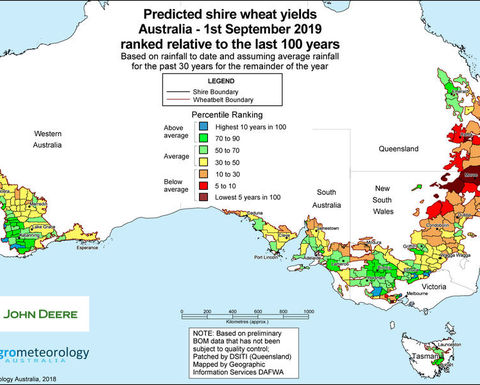 Crop yield rankings dropped in August in the northern wheatbelt of WA and for most of eastern Australia.

In far northern New South Wales rankings have fallen into the lowest 5% of years which is a serious scenario given this is the third year of drought in this region.

With a favourable rainfall distribution in the wet south-west of Western Australia there has been little waterlogging, so rankings improved with good falls late in August.

Farming Ahead will continue to publish these maps online at the beginning of each month until November this year. 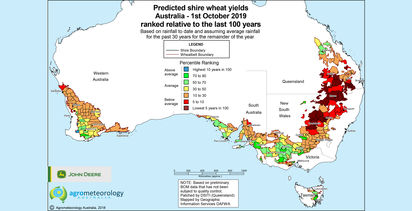