CROP yield and soil moisture ranking maps for Eastern and Western Australia can be now found at farmingahead.com.au 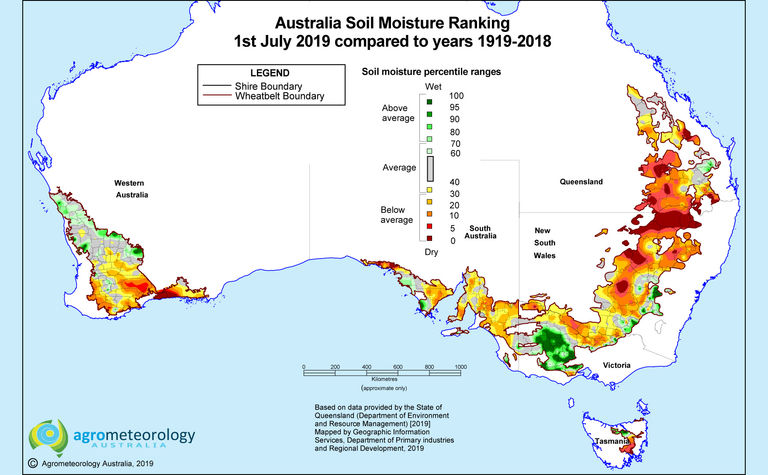 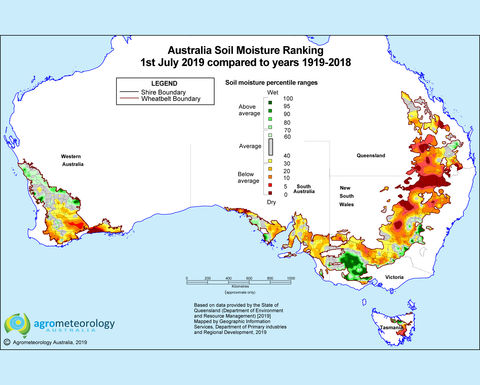 For many years, DAFWA/AEGIC produced national crop yield ranking maps that became one of the most talked about products amongst farmers and agribusiness.

Dr David Stephens from Agrometeorology Australia has been engaged to produce these maps for Kondinin Group members for the 2019 cropping season.

The maps show shire names and are produced as close to real-time after rainfall is recorded at 1000+ real-time rain stations across the country.

Farming Ahead will publish these maps online at the beginning of each month between July and November for 2019.

The STIN crop model is used to produce a soil moisture ranking map shown in the main image.

After a very dry start and low carryover of summer oil moisture crop yield rankings jumped dramatically in June in Western Australia as regular rains got the crop away and filled up much of soil profiles.

A yield penalty for the late emergence will reduce yield potentials for much of the crop, so the result is a little optimistic overall based on shire averages. Fortunately, not too much rain was received in the water-logging prone southwest and above average yield potentials are calculated, though early July rain will cause problems in lower lying areas.

In the east, most of south-eastern Australia has above average rankings following a favourable early May start. Above average yield rankings are found in Victoria where surface moisture has joined up with moisture stored at depth from summer rains.

This contrasts with northern New South Wales and Queensland where below normal soil moisture reserves combined with a dry June to cause below average rankings for the third year in a row. Wet conditions along more coastal areas of the Eyre Peninsular and southern Victoria have caused water-logging and lower yield potentials in these relatively smaller regions. 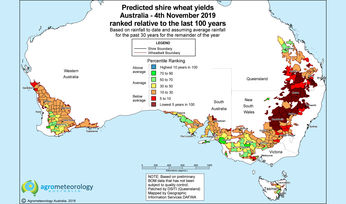 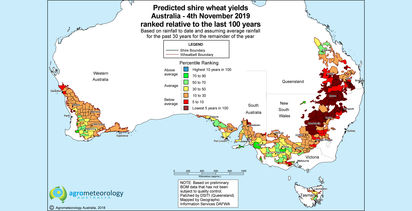