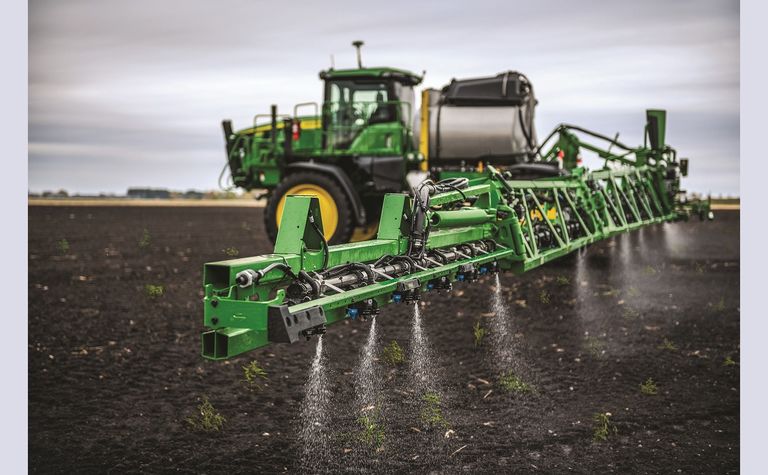 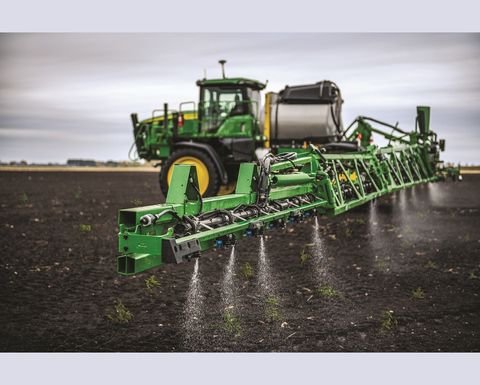 New John Deere 9 series tractors have also been announced and the existing 8 series has received an upgrade.

Key updates have also been made to air seeding tools including the addition of the John Deere RelativeFlow blockage detection system and TruSet in-cab downforce adjustment.

See & Spray is an integrated camera technology aimed minimising input costs by treating weeds only when they are detected. Developed in partnership with the University of Southern Queensland, See & Spray is built on the John Deere ExactApply foundation. The system detects only green plants within fallow ground.

The new Hagie self-propelled sprayers (STS12, STS16 and STS20) are available with tank sizes ranging from 4500L to 7500L capacity. The sprayers are powered by John Deere PowerTechTM 9.0 L engines that generate 223-298kW.

Model year 2022 9 series tractors includes wheeled 9R, two-track 9RT and four-track 9RX machines. John Deere has upped the technology in the cab along with the cab size in the new range which covers 295-440kW. The larger 9R 640 and 9RX 640 are powered by a Cummins 15 L engine.

The 9 series tractors can be ordered from late March, while the 8 series tractors, sprayer offering and seeding tools will be available to order by mid-2021.

Kondinin Group will cover the new equipment in more detail in its April Farming Ahead magazine. 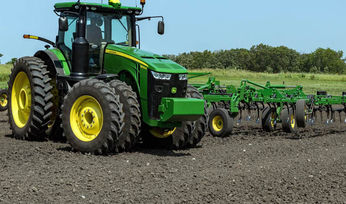 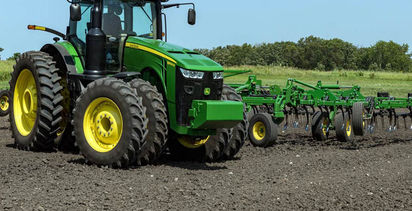 Shipments of agricultural robots to skyrocket

Dowerin does it bigger