A COLLABORATIVE research program has been awarded $1.5million to develop new technology to measure intramuscular fat (IMF) in sheep meat. 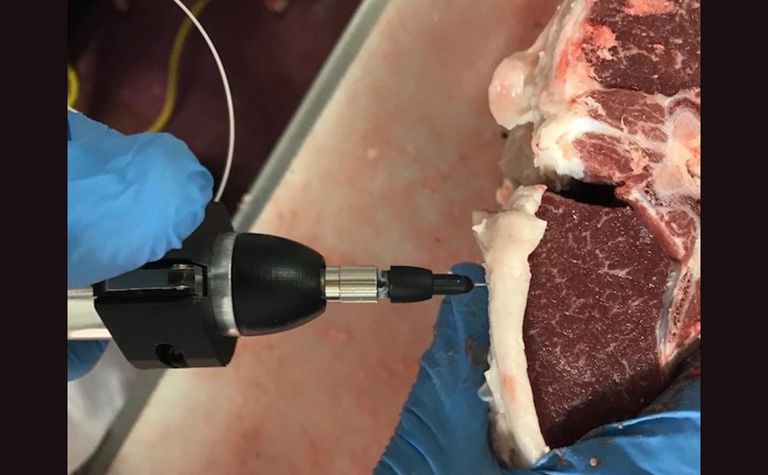 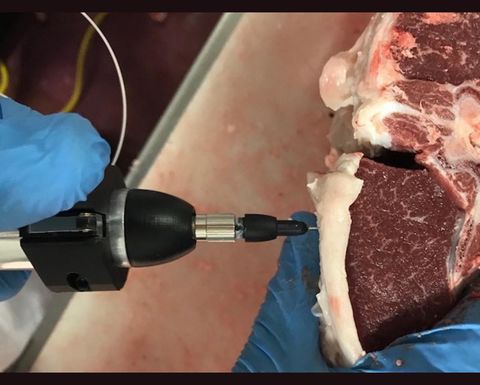 The $1.5 million Commonwealth Government Cooperative Research Centre Projects (CRC-P) grant will help develop a new technology to overcome the problem of measuring IMF which is a key indicator of eating quality, but can be particularly difficult to measure in lamb carcases.

Part of the research is an IMF stainless steel needle which is fitted with a tiny camera made of optical fibre. When inserted into the meat, the needle cam provides an instant, high-resolution scan of the fat structure within muscle.

"This device will provide our exporters with a technological advantage over lamb from other countries, with the potential to increase Australian sheep meat sales by $183 million per year," said Professor Rob McLaughlin from the University of Adelaide.

"The work is currently focused on lamb. However, it also has potential application for the beef industry."

Originally developed for the medical industry, the needle's design is based on 10 years of research and development from the University of Adelaide and University of Western Australia.

Lead researcher Professor McLaughlin, who is also the managing director of Miniprobes, said: "The technology was originally developed for identifying human cancer cells, but we found when tested, it was more effective in seeing individual fat cells than cancer cells."

Professor McLaughlin and his team saw a new potential use for the technology after speaking to MLA, which outlined the importance of being able to objectively measure eating quality in sheep meat.

"One of the realisations we had was that almost every medical technology we've worked on has some equivalent usage in the livestock industry," Professor McLaughlin said.

The IMF needle is based on standard medical imaging technology and operates similarly to high resolution ultrasound, but uses near infrared light instead of sound.

When the needle is inserted into the carcase the camera scans the tissue along the needle track.

Fat appears as a black and white honeycomb texture and muscle appears as a more uniform texture of muscle fibres. The fat is then identified and measured using an artificial neural network. 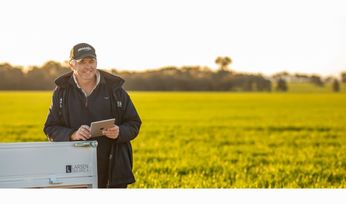 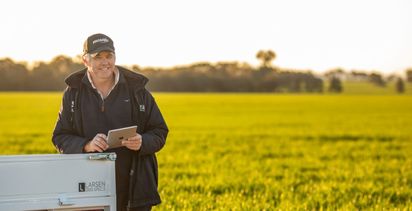