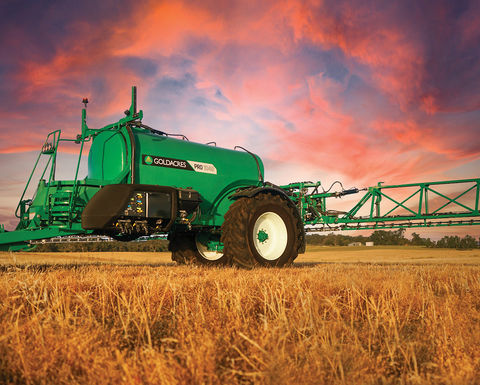 The philosophy behind the new model was to create a machine that was more efficient to use with quicker, higher capacity filling systems, larger boom plumbing to allow for higher flow rates and increased pneumatic systems to cater for more accurate spraying systems. Basically, Goldacres has put most of the features that can be found on the G6 Series 2 self-propelled machine into the convenience of a trailing sprayer.

A completely new model range is currently under construction with other tank sizes available including 5000L, 6500L, and 8500L due for release early this year.

For the new sprayers, a totally new chassis design has been developed featuring an adjustable height pull which is narrower and allows for much sharper turning. A hydraulic-drive sprayer pump is now relocated to the right-hand side chassis rail.

This design incorporates a new platform with improved ladder and boom rest design to radically clean up the appearance of the machine as well as allowing access to the top of the tank.

Possibly the biggest advancement with the new model is to the sprayer fill and cleaning functions, now controlled via the G-Hub External display control panel.

All sprayer function controls are located on the left-hand side pod with 75mm diameter clean and dirty fill points. The G-Hub features a full colour five-inch screen and button panel to control all fill and clean functions with the push of a button.

Simply enter the desired tank volume, connect the fill hose and the G-Hub system will automatically shut off when fill volume is met.

Located in a large storage compartment, the screen and button panel are mounted at the operator's ideal location. In addition, the G-Hub system also manages all the liquid control valves which operate all chemical induction, agitation and cleaning functions.

An optional feature that can be added to the G-hub system is a 12" internal touch screen with rear-view camera. This screen allows more user interaction with added diagnostic functionality.

A new plumbing layout has been designed to allow for higher water rates as well as electric switching capability for simplified plumbing.

A Raven RCM ISOBUS controller allows up to 16 boom sections as well as communication with the G-Hub controller.

Booms can be plumbed in 10 sections using new compact MAC electric valves or 16 section control is available with a direct master configuration.

The fully riveted RivX boom is now fitted to the Prairie Pro Series 2 in sizes 24 - 36m while the 48m version is the tri-folding TriTech V series boom. 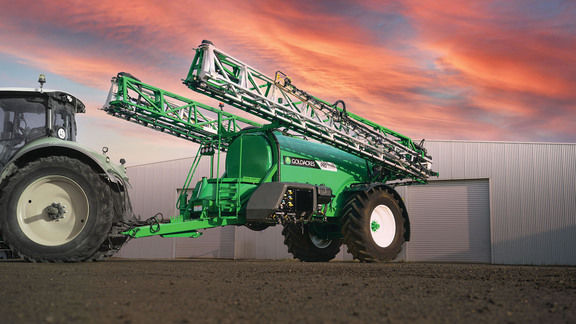 The outer wings are aluminium and feature no welding. Thin mild steel plates are glued and riveted to the aluminium to produce a very strong truss without any heat-effected aluminium areas. The boom inner and outer wings are fully symmetrical meaning left and right are interchangeable.

The fold system uses hydraulics and links but, unlike most other booms the hydraulic fold cylinder is retracted when the boom is fully open, this is when the hydraulic cylinder is at its strongest position and there is no chance of bending a cylinder rod.

In addition to the hydraulic folding, the mechanism includes a hydraulic breakaway system in the event of a collision with an object. Bi-fold is now a standard feature of this design.

Booms also have an auto fold system which is controlled through the G-Hub system.

The 48m TriTech V boom is built with productivity and efficiency in mind with a tri-folding design that is Goldacres' most user-friendly boom that can operate at 48, 36 and 20m spray widths.

This design has also seen many updates with revisions to the boom hydraulics and construction to increase strength and usability.

Production of the Prairie Pro Series 2 is set to commence mid-2022 with these exciting new models scheduled to make an appearance at all upcoming field days for the year.

Goldacres is an industry-leading manufacturer and supplier of world-class agricultural chemical spray equipment for farmers.

Goldacres is an industry-leading manufacturer and supplier of world-class agricultural chemical spray equipment for farmers. 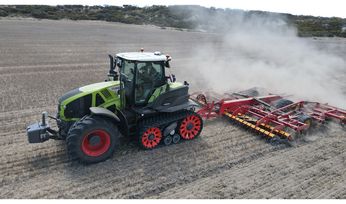 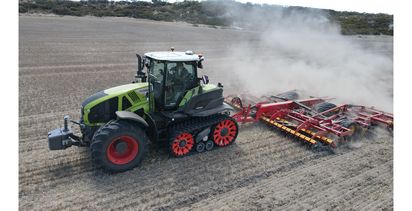 GM ban to be lifted in South Australia

Transitioning your agribusiness communications before 3G closes in 2024

Maximise your profits by protecting your grain

Precision Agronomics Australia: leading the next wave of precision agriculture