No guesswork at Gessner 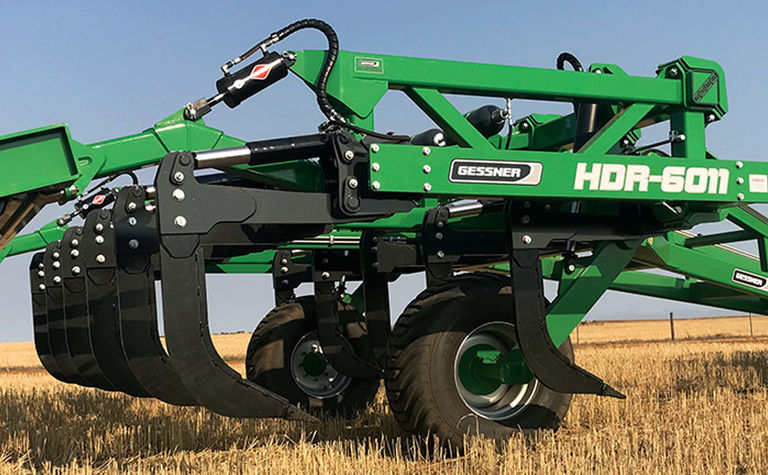 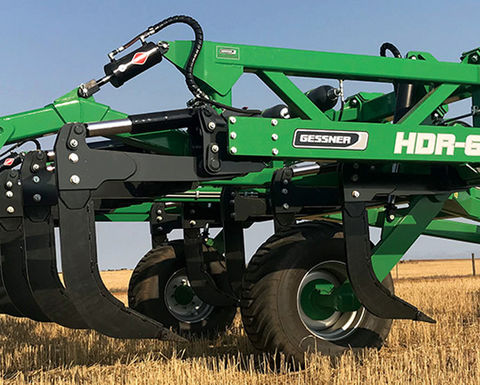 Made in Toowoomba, Queensland, Gessner Industries' products are built to exacting specifications for both domestic and international markets.

The businesses' agricultural products are widely recognised for their build strength and overall quality.

A good example of Gessner's approach to manufacturing is the HDR deep ripper, launched last year in response to a growing demand from grain producers in areas such as Western Australia.

Deep rippers need inherent build quality and durability as they are arguably some of the hardest working pieces of agricultural machinery.

The Gessner range of deep rippers, including the hydraulically-controlled HDR, have strength and clever engineering in spades.

Gessner's Michael O'Connor said the HDR has been particularly popular in WA since its launch.

"With the excellent support of our distributor McIntosh & Son, our rippers have been doing a great job in the West," Michael said.

"We use quality RHS with a fully welded clamp and bolted frame sections which may cost a little more but is well worth it," he said.

Bruce and Ross Ley are grain growers at Geraldton, Western Australia, and have been deep ripping since the early 1980s.

After extensive research, they decided to upgrade to a Gessner HDR ripper earlier this year.

Bruce said they started looking at replacement rippers about three years ago and first had a close look at a Gessner at the Mingenew Field Days.

"We have always ripped to a depth of about 450mm and our older model ripper was at it limits doing that," Bruce said.

"We wanted to have a go at ripping slightly deeper and we looked at the Gessner HDR and were initially impressed with the build quality."

Bruce said after initial discussions with Gessner's Michael O'Connor, they came up with a custom design which included 480mm row spacings on a 19-shank machine.

"Michael was great to deal with and we had a few goes before deciding on the final design which has three rows of tines instead of the standard two rows.

"Being able to customise the design was a big plus for us and we liked the shape of the Gessner parabolic tine, being able to pull itself into the ground."

The Ley's HDR has a working width of 8.6m and has already racked up 4000ha of work this year, being towed by an articulated John Deere 9520 RX tractor. Ripping depth is 570 - 580mm and Bruce said the tractor is happy to pull all day and night at that depth.

"The build quality is 10/10 and the tractor is not working that hard when towing the ripper."

"We generally get a good response in crop yield from where we rip in our yellow sandy soils," Bruce said.

Wes Benton is a grain grower from Latham in Western Australia. Wes upgraded his previous Gessner ripper to an 11-shank, 6m HDR unit earlier this year and has been impressed with the results.

"We've done about 400ha this year with the HDR and its performed flawlessly," Wes said.

The Bentons grow wheat, canola and barley and have a ripping program that's been under way for about five years.

"We previously had a smaller Gessner ripper which did a great job and we wanted to upgrade to a heavier-duty model," Wes said.

The HDR was purchased through McIntosh & Son, Wongan Hills, WA.

"We aim to rip to a depth of about 600mm, towing the ripper with a 600hp Versatile DeltaTrak."

Wes said the Gessner is a well-built machine and he has had no issues with it.

"I don't expect we will either," he said.

"We have a few rocks in the soil but the hydraulic break out works really well and the rear roller does a great job."

The ripper is used in the Benton's lighter sandy soils where Wes said there is no doubt about the benefits of ripping and breaking up hard pans.

"For example, we have seen a yield benefit of half a tonne per hectare in canola from ripping," Wes said.

Wes hopes to rip another 300ha in the next month or so.

The Rhino has an underframe clearance of 915mm and can rip to a depth of 700mm. Ripping shank is protected by a 10 tonne breakout shear pin.

The standard HDR range is available in 9, 11 and 13 shank configurations covering working widths of 4.5m - 6.5m with custom designed models also available up to 12m wide with shank spacings of 450mm - 1000mm.

Hydraulic controlled tyne breakout via dual accumulator system is rated at 3000kg. Shanks have an underframe clearance of 1075mm are capable of ripping to a depth of 700mm.

Optional hydraulic controlled crumble rollers are available for all HDR and Rhino models.

Both rippers are fitted with parabolic style 32mm high tensile shanks with replaceable points and shinguards.

Whether it's a deep ripper, seeding bar, chisel plough or heavy-duty cultivator, Gessner's machinery is built to last and perform well in the harshest conditions.

Close attention to detail is also paid when it comes to the need for accuracy and this is reflected in Gessner's seeding and toolbar range which includes the Patriot and Landmaster tined machines and parallelogram twin disc planter.

The Patriot was released in 2017 while the Landmaster has been in production for more than a decade.

Both have been producing excellent results throughout many grain growing areas of Australia.

Gessner has built a reputation of providing products that will operate in hostile environments with little maintenance and consistent output.

Gessner is committed to continuous innovation in manufacturing, combined with total involvement with customers, suppliers and its employees.

Gessner's head office and modern manufacturing base is in Toowoomba, Qld where the business is owned and operated by Michael and Jim O'Connor.

Michael said quality standards at Gessner are second to none.

"With our business supplying the likes of Caterpillar and Komatsu, we are held to very high quality account and this is factored into every product we make."

When it comes to retail, Gessner Industries has a network of resellers with agricultural dealers and industrial dealers throughout Australia. All products that are manufactured by the company are backed up with catalogued spare parts inventory, to give fast and efficient turn around to the dealer and customer.

Gessner owners should be assured that when spares are needed, their requirements will be given first-class service.

For more details, contact Gessner on phone (07) 4615 0100 or visit www.gessner.com.au or for HDR model rippers in WA, see your local McIntosh & Son dealer.

Seeding made simple and accurate with Gessner 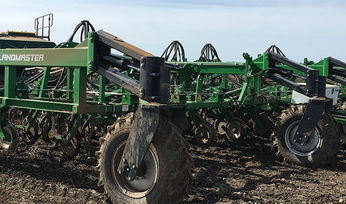 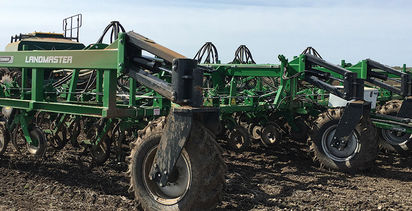 Cutting guesswork out of nutrient needs

Speeding up cattle work in Victoria

Transitioning your agribusiness communications before 3G closes in 2024

Maximise your profits by protecting your grain