A COMMITMENT to encouraging and connecting regional women, championing their role in rural communities and advocating on their behalf has earned Western Australian Jackie Jarvis the honour of Rural Community Leader of the Year, sponsored by Market Check. 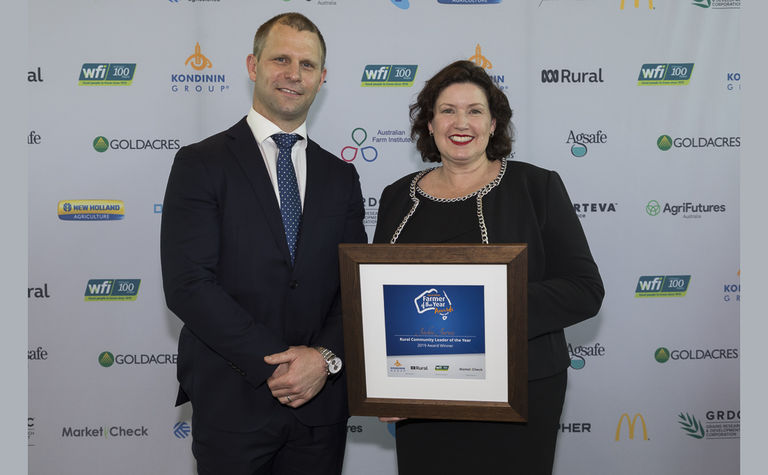 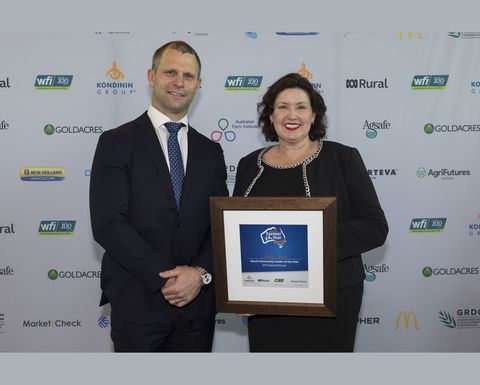 Jackie's efforts were recognised at Parliament House, Canberra, today as part of the annual Kondinin Group and ABC Rural Australian Farmer of the Year Awards.

"I believe women in small rural towns are often the drivers of innovative new business ideas that can add significantly to the economic and community growth of their towns," Jackie said.

"It is important that they have people willing to help volumize their voice and support their initiatives and this has always been my motivation."
Jackie is a farmer from Margaret River, WA who until recently, was the Chief Executive Officer of the Rural, Regional, Remote Women's Network of Western Australia (RRR Network).

"Jackie's approach to building the skill sets and supporting rural and regionally-based small business owners and entrepreneurs is outstanding and will have a lasting influence on the communities in which she has been involved," Mr White said.

"She is actively levelling the playing field between rural and regional Australia and our urban centres, which helps to strengthen our farming communities and that has a positive flow-on effect throughout the whole industry."

Jackie was instrumental in hosting a schedule of Women's Regional Network Forum community forums on behalf of the WA Department of Communities for the ‘Women's Voices' project, which is focused on the development of 10-year strategic plan to achieve gender equality in the State.

"Jackie has gone above and beyond to progress the leadership of women in rural and regional WA," Mr Stevenson said.

"The significant impact of her involvement, especially through the RRR Network, will be far-reaching."

Kathryn Robertson from Strathkellar, Vic, is the Rural Community Leader of the Year. 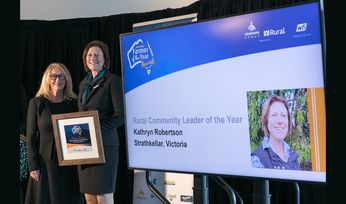 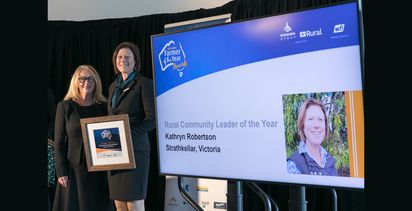