In our first ute test for 2018, Kondinin Group researchers Mark Saunders, Josh Giumelli and Ben White, and writer Chris Warrick took the latest offerings from Mercedes Benz, Volkswagen, Mazda and Holden on their standard test course from Melbourne to the state forest in Yackandandah.

The changing face of Australian motoring is having an impact on the handiest of farm vehicles - the ute.

Sales of dual cab, four-wheel drive vehicles are at an all time high, and new players are entering the market, such as Mercedes Benz, featured in this report for the first time.

Buyer preference is driving greater levels of comfort and features, but is also pushing up the purchase price of top end vehicles.

What does this mean for farmers? We don’t necessarily have to pay more for a standard cab-chassis ute, but it does become difficult to purchase a vehicle with a medium level of technology and safety features without also getting carpeted floors, a rear tub and extra bling which may not be otherwise wanted.

There is no doubt the desire for luxury features and car-like handling and comfort have driven recent releases, such as the Mercedes Benz X250D, Ford Ranger Raptor, Toyota Hilux Rugged and Volkswagen Amarok V6.

These vehicles are great on-road, and a few have some impressive off-road credentials (such as the Raptor), but are they any use on farm? And are they at all worth the $75,000-odd price tag?

All utes tested this time around are capable off-road performers and comfortable on-road daily drives, and some of the differences between the vehicles become almost pedantic. But if you are going to shell out over $50,000 on a ute (or almost $70k in the case of the Merc), you want everything to be as suited to your needs as possible.

Kondinin Group recently took four newly-released utes over our test track in the Yackandandah state forest in Victoria. The Mercedes Benz X250D, Mazda BT-50, Volkswagen Amarok V6 and Holden Colorado were tested on the highway to and from the test location, as well as the rigorous off-road course.

Research Report: Our picks for the best gear on show at AgriTechnica

Our picks for the best gear on show at AgriTechnica

Do battery chainsaws cut the mustard? 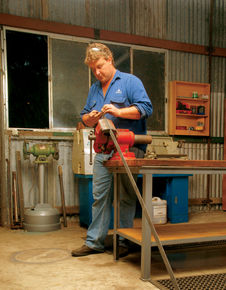 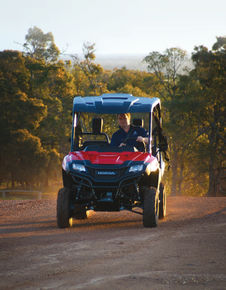