KONDININ Group’s research team has been out in the paddocks in Esperance, Western Australia, this week inspecting a range of articulated tracked tractors. 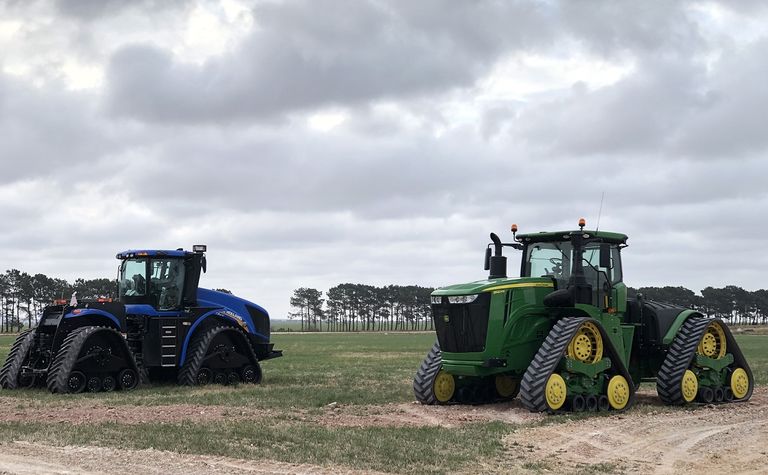 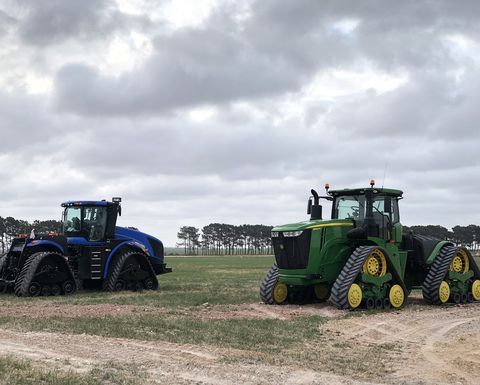 Four tractors have been tested already with another due for testing this week as the team has rounded up plenty of horsepower to see which will deliver the best pulling ability.

The testing list covers the John Deere 9RX, New Holland Smart Trax, Case IH Quadtrac, Versatile Delta Track and Challenger MT 865E. The Challenger is not an articulated tractor but AGCO was keen to see how the twin-tracked 865E would stand up.

The test protocol includes the use of a draw bar meter, installed between the tractor hitch and implement (in this case a Nufab Hydramax deep ripper) which can accurately measure the force at the drawbar. Track slippage, fuel use and engine efficiency is also being measured.

The tracked tractor weights varied from 23 tonnes to almost 30 tonnes and the research team has given each of the tractors a thorough once over, looking at service and maintenance, track and iundercarriage construction and cab comfort.

New arrangement will boost PREDICTA B access in WA