ONE OF the largest areas of on-farm infrastructure is arguably grain storage. Farmers across the country are doing the sums on bulk handling and on-farm storage and opting for the ultimate control and responsibility of holding their grain.

While this is more evident on the east coast of Australia, driven largely by the majority of grain being consumed domestically there, significant investment has also been made in Western Australia for consolidated and expanded farm seed repositories as well as some large on-farm facilities servicing the domestic market.

While the investment is often significant, it is in some instances, misdirected, with the lowest cost option sometimes selected. This is at the detriment of functionality and potentially exposing grain to quality degradation in the storage phase.

The resounding advice for other farmers from those we visited with highly functional grain storage facilities was to do it right the first time.

Farming Ahead’s August Research Report looks at over 20 case studies as well as a silo buyer’s checklist and examples of smart storage setups.

NSW and Victoria should benefit from a planned grain storage expansion by GrainCorp. 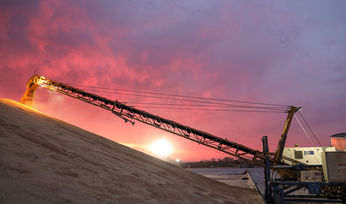