Simplicity has a seeder for all conditions

The Territory was designed to almost eliminate your lubrication schedule, with sacrificial high-density wear pads protecting the hardened pins and bushes while eliminating the need for ongoing greasing.

The Territory is available on multiple row spacing in widths ranging from 9m to 18m.

The final weapon in Simplicity's arsenal is its SD-400 single disc planter.

The heavy duty undercut disc system allows the units to penetrate tight soils or moisture seek down to 150mm, without relying on an excessively heavy frame for downforce. A cast body solidly holds the disc in position without adding excess weight.

The depth gauge wheel used has a specific profile to reduce soil compaction next to the disc, and inbuilt steel ring scraper to keep the disc clean and a spoked hub to prevent soil build up under the wheel.

The SD-400 is available in either trailing or linkage frames, with single or dual row on 9m and 12m, or the 18m forward-fold, single row that has the added benefit of a transport width of just 3.5m. 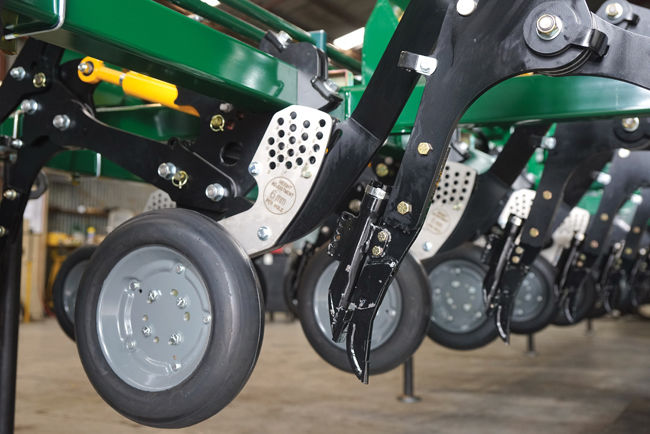 Ease of maintenance and excellent trash clearance were a couple of the main reasons grain grower Trevor Peacock chose a Simplicity Territory planter.

Trevor and his family farm near Lake Bolac in south-western Victoria where they grow about 1500 hectares of crops annually. Crops grown include canola, wheat, barley, beans, lupins and oats.

The 12m Territory has completed one sowing program and is used in a tow-behind set up in conjunction with a 9000 litre Simplicity bin.

It's the third Simplicity planter Trevor has used, having previously owned two Allrounders.

Trevor said the build quality and low maintenance nature of the Territory appealed to him.

"The lack of maintenance needed on the Territory is a big plus, especially the big press wheel bearings and extensive use of nylon wear pads in many of the ground-engaging mechanisms," Trevor said.

"And the underframe clearance and lack of trailing arm components make the layout very open and allow heaps of trash flow.

"We also have to deal with rocks and stone and the Territory handles our country no problems."

The Peacocks are implementing a controlled traffic approach to the cropping with most tractors and implements on 3m wheel centres and spraying, spreading and sowing done in multiples of 12m widths.

Trevor also likes the fact that Simplicity gear is made in Australia.

"We like to support local production and the build quality of the Simplicity is great. We have never cracked a weld on the planters and the paint and finish is excellent."

Trevor said he can talk directly to Simplicity's designers and staff and he also has excellent back up through Simplicity dealership Michaels of Donald in Victoria.

"We get great service but rarely need it. The machine is set up by Peter from Michaels of Donald and he knows the product inside and out."

A John Deere 8320R tractor is used to tow the Simplicity Territory and cart and Trevor reckons it only uses about 35 litres an hour with the John Deere running at 55-60 per cent engine power.

"Another thing we like about the Territory is the new hydraulic system which provides great flexibility to lift the whole bar and individual control of the openers."

Ease of maintenance and excellent trash clearance were a couple of the main reasons grain grower Trevor Peacock chose a Simplicity Territory planter. 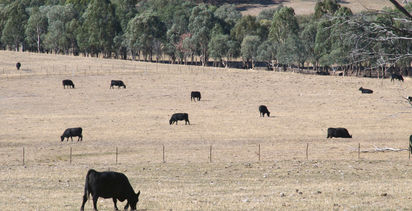 Wool, meat and lambs - can you have your cake and eat it too?

Global Table: your window on the future