PRESIDENT of the Pastoralists and Graziers Association (PGA) Tony Seabrook opened the PGA’s annual convention last week with a simple message; governments both state and federal need to start employing some long term vision when it comes to agriculture in Australia or risk being left behind. 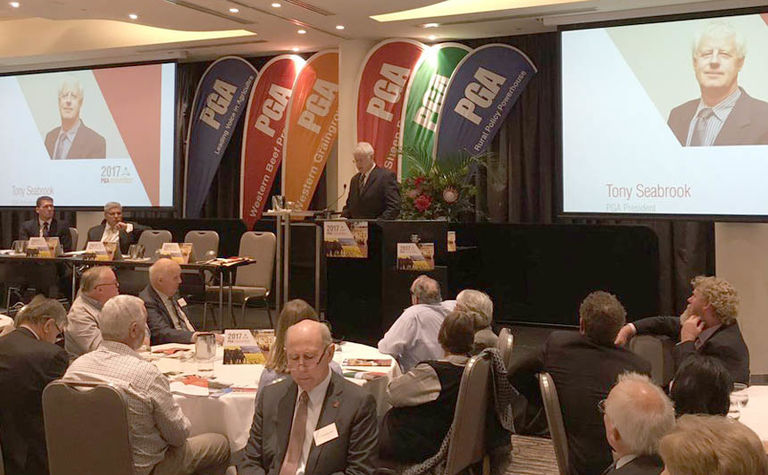 Seabrook said agriculture does more than pull its weight for the Australian economy yet it’s still one of the riskiest industries to operate in, with backpacker taxes, live export bans and general uncertainty on a number of issues including rising energy costs, climate change and pest control all adding to the cost and ease of doing business for farmers in this country.

“India exports more red meat than Australia.  Brazil has a cattle herd of 210 million, compared to Australia’s 23 million.  A destination for Australian wheat years ago, the Ukraine, now exports more wheat than we do. We are facing enormous competition,” Mr Seabrook said.

“Everything we do must focus on lowering production costs to try to match these overseas competitors who are even now encroaching rapidly into our traditional markets,” he said.

The PGA president said a government that respects its wealth generators will bring forth an economic powerhouse, such as seen in Singapore or Germany, however governments that fail to respect them will result in an economy such as Greece or Venezuela.

“Without the staggering achievements of our miners, farmers and the few manufacturers left, we would not have the capacity to pay for the flood of goods arriving on our doorstep,” Mr Seabrook said.

“Goods that we used to produce and now import,” he said.

The theme of the PGA Convention for 2017 was Pathways to Prosperity an idea Seabrook said was a theme that should be mirrored by Australian policy makers.

“As I see it, it is nurturing the wealth generators of this nation through enhancing global competitiveness, removing barriers to cost effective production through a policy of only taxing profits rather than adding to production expenses and frequent, sincere and respectful communication between government and industry is the only way to achieve true prosperity.”

A team of Aussie students has performed well in a meat judging competition in the US. 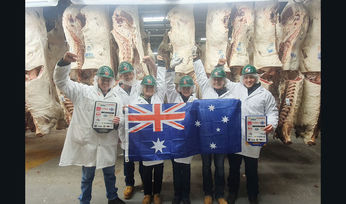 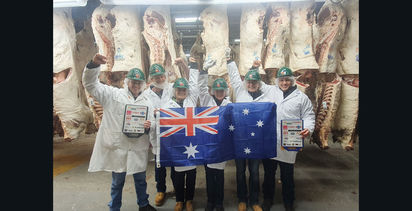