LARGE parts of Australia are likely to see a continuation of warmer and drier than average weather conditions throughout the summer. 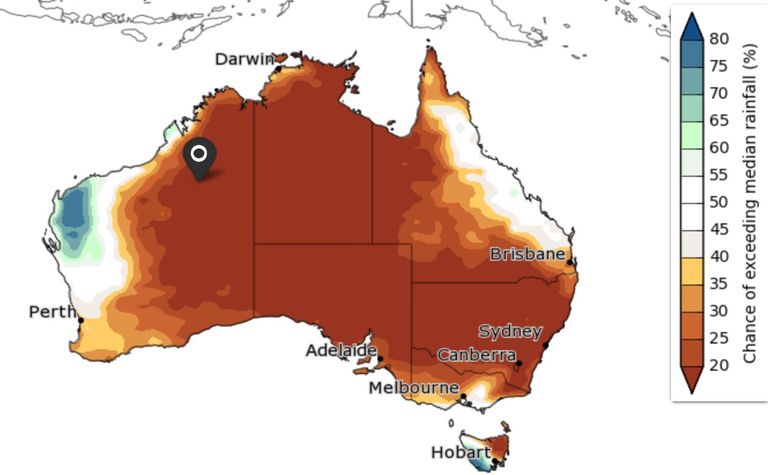 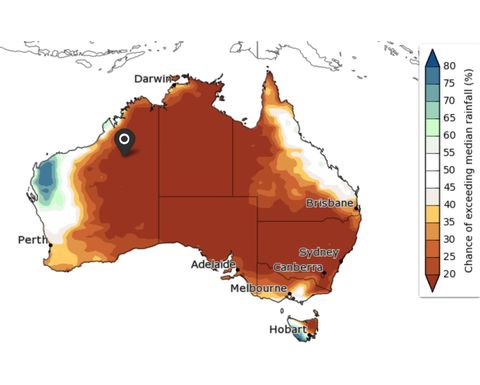 The Bureau of Meteorology has forecast a warmer and drier than average summer for most of Australia. Image courtesy BOM.

That's the view from the Bureau of Meteorology (BOM) which released its summer outlook yesterday.

The BOM said the climate outlook shows a high likelihood of warmer than average days and nights for most of the country, while rainfall is likely to be below average for large parts of the nation's east.

Only coastal areas of Western Australia, stretching from the Midwest to the Kimberley are showing increased odds of wetter than average conditions.

"The key culprit for our current and expected conditions is one of the strongest positive Indian Ocean Dipole (IOD) events on record," Dr Watkins said.

"A positive IOD means we have cooler than average water pooling off Indonesia, and this means we see less rain-bearing weather systems, and warmer than average temperatures for large parts of the country.

"The positive IOD means we're also expecting a delayed onset for the northern monsoon, one of the key drivers for tropical rainfall during the summer months.

"At this stage we're expecting the onset of the northern monsoon by mid-summer, which should see the odds for closer to average rainfall increasing from January and into February."

Dr Watkins said the outlook was an important reminder for communities to be alert to the potential severe weather risks over the coming months.

"We've already seen significant bushfire activity during spring, and the outlook for drier and warmer than average conditions will maintain that heightened risk over the coming months.

"This outlook also means the risk of heatwaves is increased. Even with a drier than average outlook, localised flooding remains a risk under particular meteorological conditions such as thunderstorms, and of course communities in the north need to be prepared at this time of year for tropical cyclones."

With a La Nina event declared, wetter conditions are expected for parts of Australia this summer. 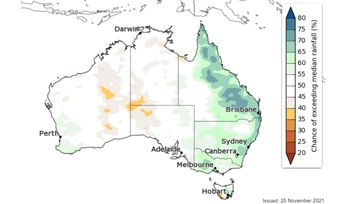 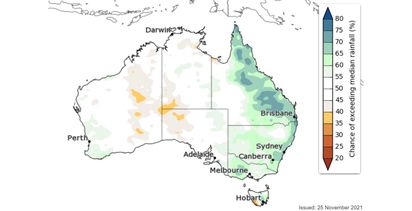