TACKLING the range of key soil constraints that supress crop production across big tracts of the Western Australian grainbelt is most effective when a combination of methods is used. 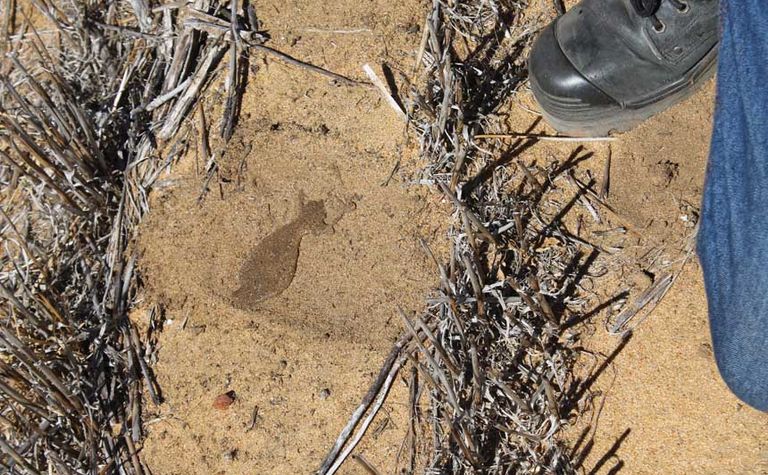 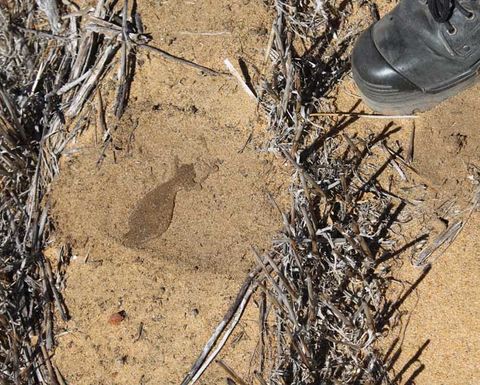 The Grains Research and Development Corporation (GRDC) is addressing soil water repellence, compaction and acidity through its investments in the Soils Constraints West group of projects, which are finding that a multi-pronged approach delivers higher productivity benefits that last longer.

And there is a clear advantage of using controlled traffic farming (CTF) when strategic tillage systems are employed as part of a soil improvement plan in many areas of the State.

Department of Agriculture and Food WA (DAFWA) soil scientist Dr Stephen Davies heads the GRDC's ‘Delivering enhanced agronomic strategies for improved crop performance on water repellent soils in Western Australia' project. His efforts in the extension of his research in this field were recognised this year with a GRDC Seed of Light award.

He outlines tips to help growers manage water repellence as part of a multi-strategy plan for mitigating a range of soil constraints in a new GRDC ‘Know More' video that can be found by clicking HERE.

The main techniques that can be used to help overcome soil water repellence on WA soils include:

Improved seeding processes, such as paired or on-row sowing or addition of soil wetters, are typically lower-cost to implement than deeper tillage options and can lead to better crop establishment and yields. Often these need to be repeated every year, but can be economic to use across a lot of hectares.

Well-managed deeper soil amelioration tactics, such as inversion with a mouldboard or one-way plough, rotary spading or clay spreading/delving, are more expensive but can reduce soil constraints for longer-lasting benefits.

DAFWA analysis of WA trial data from 2011-13 has indicated that if 80 per cent of a farm is affected by soil water repellence and 80 per cent of crops are dry sown, the best distribution of a $20,000/year investment into managing soil constraints is typically about 40 per cent to amelioration methods and 60 per cent to mitigation tactics.

If 20 per cent of the farm or less has water-repellent soils, the data indicates a better investment is into amelioration techniques.

Furrows created with the use of narrow knife points and press wheels often remain dry after rain, which can result in patchy crop establishment.

This problem may be caused by water-repellent soil falling behind the knife point at seeding and into the slot with the seed and fertiliser ahead of the closer plate.

The effects can be exacerbated by dry sowing and smaller, less-frequent rainfall events at the season break - something to be aware of for this season, according to Dr Davies.

He said DAFWA trials, predominantly in WA's northern agricultural region, have shown that improving furrow sowing as part of a plan to arrest soil water repellence can be achieved with:

Trials at Binnu, in the northern grainbelt, from 2011 to 2013 on moderately repellent yellow sand found that using winged points and winged points coupled with the use of banded wetter provided the best gross margins (of $123/ha and $114/ha respectively), compared to the next best result from spading (at $95/ha).

A key message from this research, relevant to many parts of WA in 2017, was that preceding rain was not essential for this method to be effective. To date, experience in WA indicates banded soil wetters are often more effective when dry seeding.

Seeding near the previous year's crop row can also help establishment in repellent soils, even with small rain events.

DAFWA trials at Badgingarra and Esperance, on the south coast, on strongly water-repellent soils in the past five years have shown that one-off deep soil inversion with a mouldboard plough, or deep soil mixing with a rotary spader, could reduce soil water repellence to zero and lift cereal yields by 0.4-1.2t/ha.

This is driven by better water infiltration, less compaction and improved weed control. Another potential advantage is burying nutrients and lime into acidic subsoils to facilitate improved crop root health.

But the impact will depend on the extent and depth of cultivation, level of subsoil engagement and amount of lifting of subsoil to the surface to overcome the topsoil repellence.

SOWING INTO DEEP TILLAGE AREAS IN 2017

Results from a 2016 DAFWA trial set up at Irwin, in the northern grainbelt, with GRDC investment and support from the Mingenew Irwin Group (MIG) indicated very deep ripping (to a depth of 45cm or lower) alone may not overcome topsoil water repellence to improve water infiltration in severely repellent sands.

This might be particularly relevant for growers who undertook deep ripping during the wet conditions of the 2016-17 summer.

Dr Davies said deep rippers have narrow, deep working tynes that break-up hard pans and, apart from some surface roughening, do not tend to change the top layers of the soil surface.

"When the topsoil is disturbed by deep ripping, when it is quite dry, it can exacerbate repellence problems," he said.

At this site, water infiltration measured after 50mm of rain received across four days was significantly improved by rotary spading and one-way ploughing.

In the deep ripped treatment, preferential flow paths and large dry patches indicated no improvement in evenness of moisture infiltration and soil wetting and there was no significant yield advantage compared to the control.

Dr Davies said to get a better result from deeper ripping, it may be necessary to use soil wetters or amendments such as clay-rich subsoil in cases of severe repellence.

He said research evaluating the impact of deep ripping and soil wetters on water-repellent soils is continuing at Irwin, Marchagee and York in 2017.

A trial established on a deep yellow sand near Moora, in WA's central grainbelt, in 2016 is continuing this year to generate more data about the benefits of using rotary spading with clay spreading.

In the first year, Dr Davies and fellow DAFWA soils researcher Giacomo Betti found the combination of rotary spading and clay increased barley yields at the site by 1.5t/ha, compared to the control area with no treatments. This was partly due to less crop frost damage.

On a deep pale sand near Badgingarra, early crop establishment and grain yields of lupins were affected by uneven seeding depth on the newly renovated soils. But tillage with one-way disc plough and increasing the rates of subsoil clay improved plant growth and productivity.

Dr Davies said above-average rainfall recorded during April-May 2016 could have reduced the severity of water repellence - and thus the potential differences in crop establishment between the control and the other treatments - at these sites, where trials will continue until 2019.

Dr Davies said only the treatments that reduced soil water repellence and compaction and increased clay content provided a crop nutrition benefit to improve yields. He said in 2017 some non-performing treatments at this site will be replaced by more recent amelioration techniques, including topsoil slotting with deep ripping.

DAFWA trials on a compacted and acidic deep yellow sand - with mild topsoil water repellence - at Mingenew have found liming coupled with soil inversion using a mouldboard plough had more sustained yield benefits over 10 years than each tactic used in isolation.

Researchers found the first three cereal crops sown at the site in 2007, 2009 and 2011 only benefited from the impact of mouldboard ploughing alone. But those sown in 2013, 2014 and 2016 had the highest yields where lime was also applied with the mouldboard ploughing.

The timing of lime application (either all before or all after the ploughing - or half and half) did not change yields significantly.Dr Davies said returns from the ploughing and lime started accruing after the third season and continued through to the 2016 analysis, at an estimated extra gross benefit for the mouldboard and lime combination of $770/ha over the 10 years of the trial.

In 2017, more lime will be applied at this site and benefits will continued to be assessed in coming years.

AREAS OF THE FARM TO TARGET FOR TREATMENT

Dr Davies said when getting started on a plan to tackle soil water repellence - and other soil constraints - it is vital to undertake deep soil pH testing.

He said field observations of crop establishment problems in an area/paddock in most seasons, coupled with water pooling and not infiltrating down the profile, are also indications of severe water repellence.

If there are topsoil repellence and subsoil acidity issues, he advises the first tactic is to apply recommended rates of lime.

"The repellence can be managed by improving furrow sowing methods, use of banded wetters, on-row sowing or soil amelioration," he said.

"If there is more severe repellence and/or compaction or acidity to a depth of 40cm or lower, it might be advisable to look at deeper tillage options - and ideally using these in conjunction with CTF to maximise returns and the longevity of the benefits.

"Productive soils that are constrained are ideal for a management program, as these are likely to show good and sustained yield benefits."

Latest DAFWA analyses indicate that fixing the multiple constraints on such areas can lead to better long-term results and boost overall profitability by $20-200/ha/year.

Research on the most common constraints of WA soils. 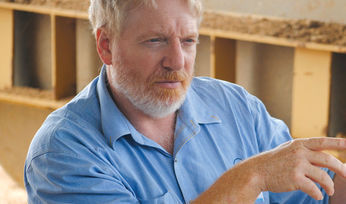