THE Bureau of Meteorology (BOM) has confirmed that a negative Indian Ocean Dipole (IOD) event is underway and will most likely continue over the coming months. 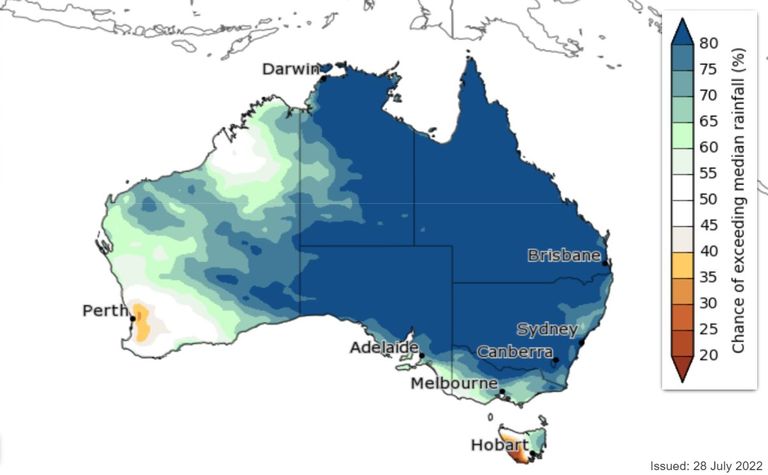 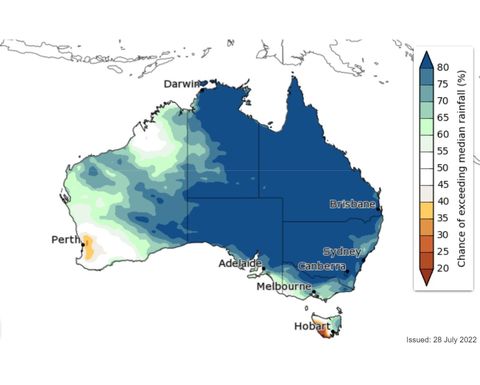 The Bureau of Meteorology says there is a high chance August-October will be wetter than average. Image courtesy BOM.

A negative IOD typically increases the chance of winter and spring rainfall over much of southern and eastern Australia, along with warmer days than usual in northern Australia.

In its latest three-month outlook, the BOM also notes there is a high chance (greater than 80 per cent) of above median August to October rainfall for much of the eastern two-thirds of the mainland, with chances reducing gradually in the west, and tending to below median for western Tasmania and an area of south-western Western Australia.

The BOM's head of long-range forecasting, Dr Andrew Watkins, said that the Bureau's three-month climate outlook is for above average rainfall for much of Australia, particularly for the central and eastern states.

Many parts of Australia may be wetter than average between August and October. 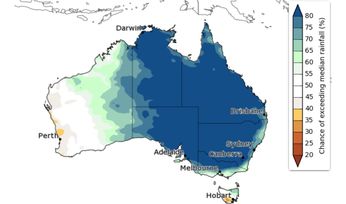 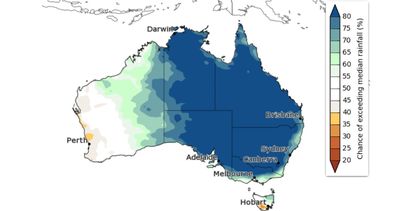 Warmer than average winter ahead