APRIL to June rainfall is likely to be above median for much of northern and eastern Australia, with small areas of south-west Australia likely to be below median. 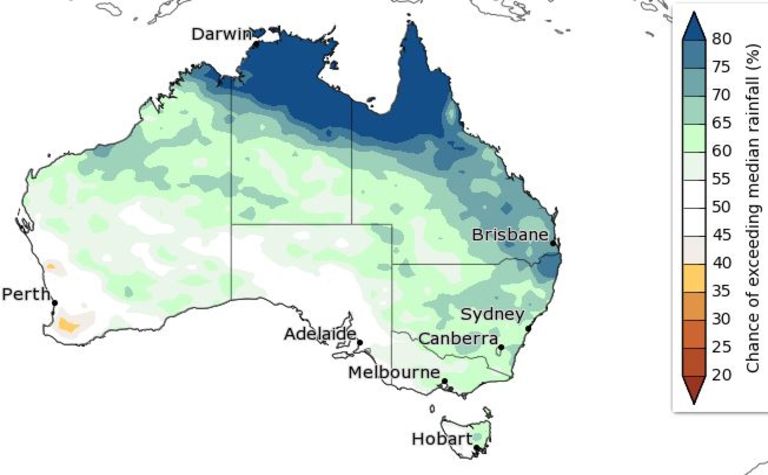 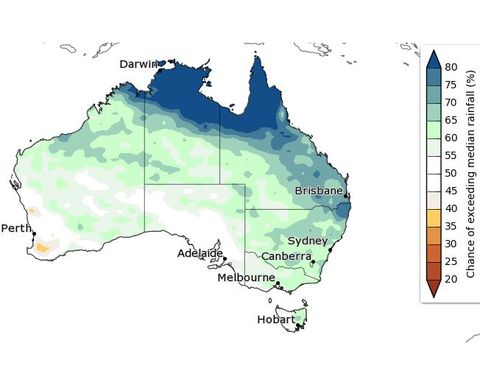 The Bureau of Meteorology has forecast a wetter than average April-June period for much of Australia.

Elsewhere, there are roughly equal chances of above or below median rainfall, the Bureau of Meteorology (BOM) reported.

There is an increased chance of unusually high rainfall for April to June across the northern tropics and most of the rest of Queensland, most of New South Wales and parts of Victoria and eastern Tasmania.

April to June maximum temperatures are likely to be above median for western, northern and south eastern parts of Australia.

There is an increased chance of unusually high maximum temperatures for April to June over western and far northern WA, the northern NT, most of Queensland except the south-west and south-east, far south-east SA, western Victoria and Tasmania, with the highest chances in the north-east Australia and western Tasmania.

Minimum temperatures for April to June are likely to be warmer than median across most of Australia with much of northern and eastern Australia very likely.

According to BOM, La Nina and other localised drivers are likely to be influencing the April to June outlook.

Most of Australia will experience above median rainfall and temperatures in the coming months. 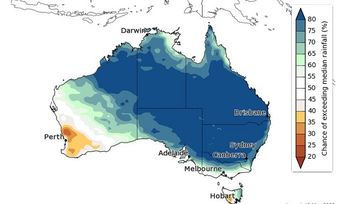 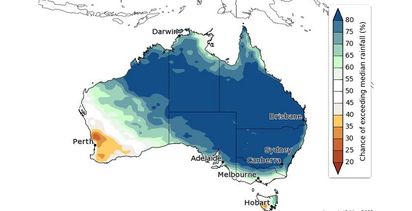