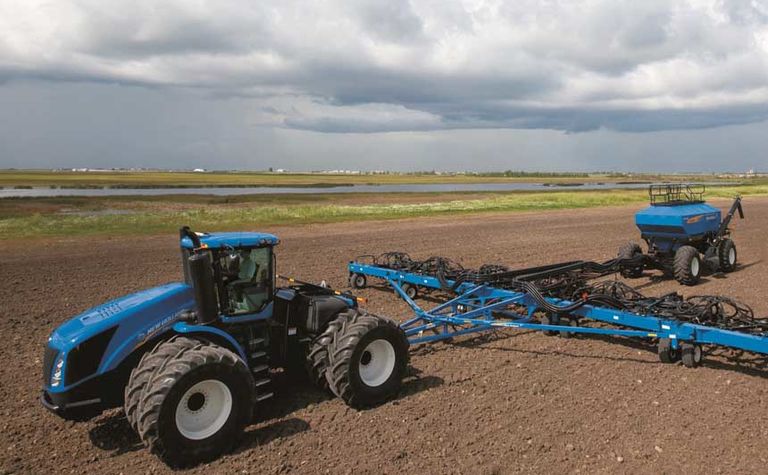 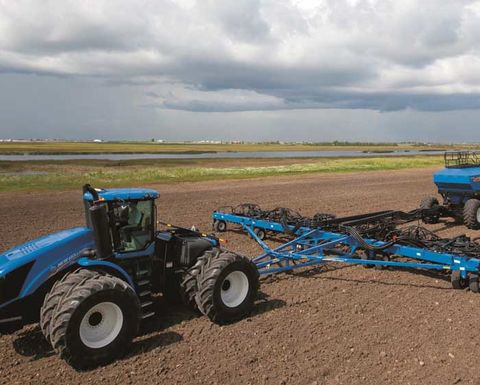 The T9.700 has no diesel particulate filter (DPF) requiring cleaning or regeneration and has a 600 hour oil change interval. When inspecting the figures quoted from the Nebraska test sheet we noted the unit tested was actually a Case IH Steiger 620. But in North America, the T9.700 is mechanically identical to the Tier-4B Steiger 620 however clad in blue livery.

The T9.700 delivers drawbar power via a heavy-duty driveline with a frame constructed using 12.7mm thick steel, heavier drivelines and 140mm diameter axles. These axles can carry up to 29,937kg of gross vehicle-operating weight with a structural steel fuel tank adds additional weight and strength to the chassis.

Again drawing comparison, the 14.9litre turbocharged and intercooled 6-cylinder in the John Deere 9620R burnt more fuel in manual mode at 269g/kW.h at 75% of pull at rated engine speed (2175rpm) but chewed through less DEF thank the New Holland at around 7% of fuel use. At reduced engine speed (1594rpm) but while maintaining 75% of maximum drawbar power, this dropped to 240g/kW.h with DEF burn maintained at 7%

The Nebraska Tractor Test Laboratory (NTTL) is the officially designated tractor testing station for the United States and tests tractors according to the Organization for Economic Co-operation and Development (OECD) codes. Twenty-nine countries around the world adhere to the tractor test codes, with nearly all maintaining an active test station. 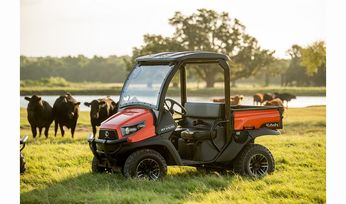 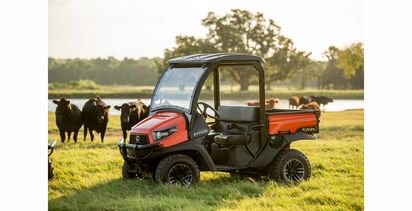