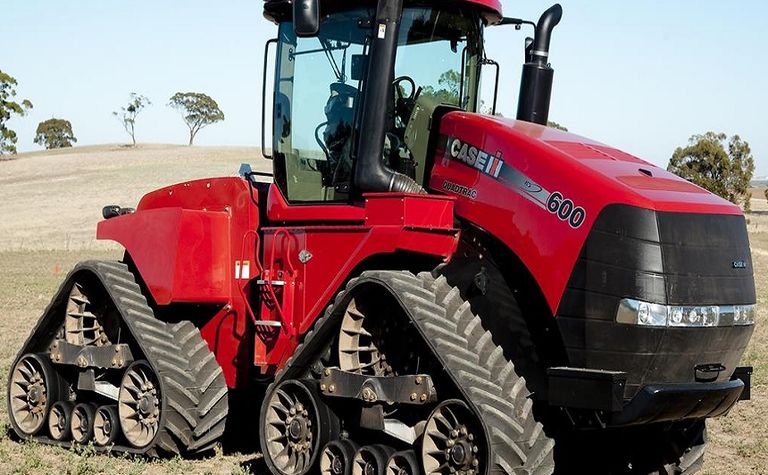 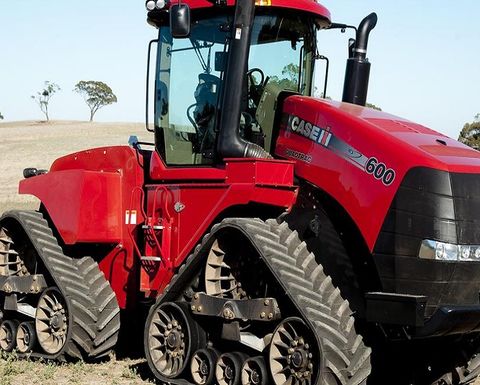 “We have big sand hills and were getting a lot of wheel slip climbing them with tyre tractors — even four-wheel-drive tractors,” Gladman said.

“The wheel slip incorporates chemicals into the ground where you don’t want them, which can then make your crop over the sand hills sick or die, exposing them to wind and resulting in erosion,” he said.

Despite the tractors being endowed with plenty of horsepower they were unable to climb some of the Gleesons’ sand hills.

“The wheels would start spinning, then they’d dig a hole and the tractor would stop — bogged.”

Research led the Gleesons to tracked tractors, and specifically the Quadtrac.

Its four individually driven, oscillating tracks give greater ground contact than tyres or two-track systems, resulting in a good balance between productivity and efficiency.

The cropping operation took delivery of the Case IH Steiger 600 Quadtrac tractors just before seeding last year. Since then, they’ve done well over 2000 hours of seeding and harvesting.

“They probably do around the same amount of driving around with the chaser bin on as what they did at cropping time, so it’s not as if they had just done a seeding of 500 hours and then been parked in the shed,” Gladman said.

“In the long run, per hectare it works out cheaper because we’re getting over sand hills that we don’t have to turn around and sow downhill.

“Even fuel use with these equates to a lot less per hectare because it’s just up and over, and from one end of the paddock to the other, without messing around, having to stop and drive somewhere where you can get up the top of the hill and sow down in 10 or so goes.”

Similarly, towing 20 tonnes in a box behind, or on the bar, have also been no problem.

“The other tractors felt it when the box was full going over a hill, and we used to have more trouble actually getting over the hill in the first place. But these Quadtracs, we don’t know whether the box is full or half empty, it just feels the same all the time.”

Kubota has released a new and more nimble side-by-side vehicle. 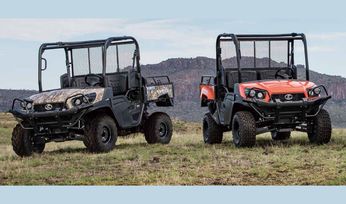