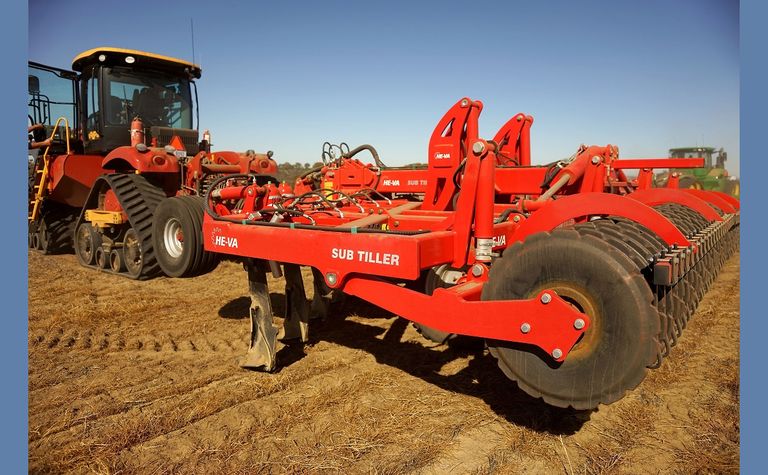 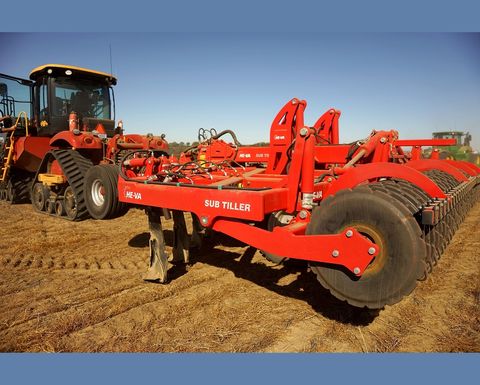 The HE-VA Sub Tiller was among a range of machinery demonstrated at Bolgart, WA, last week. Picture Ben White.

With limited field days going ahead this year in WA due to COVID-19, the WANTFA field day was a huge success with over 420 people travelling from around the state to a trial site south-east of Bolgart.

The demonstration day included a bus tour to a wetting agent trial run by Sacoa which involved visits to old clay soil trials, deep ripping trials and a soil pit.

The Bednar Terraland T0 6000 and the HE-VA Sub Tiller were just two of the many machines that were on show and demonstrated on the day.

The Bednar Terraland TO 6000 is a trailed chisel plough for intensive tillage depths of up to 550mm with a working width of six metres. The machine includes 13 tines with wings separated into two rows and a tandem spiked roller at the back. It also has a integrated axle located between the operating tines which allows the machine to operate without rear packers, the surface behind the wheels is handled by tines to eliminate machinery tracks.

The trailing 6m HE-VA was demonstrated by Jorn Ib and was fitted with some experimental inclusion plates and a single set of V-profile rollers.

Other machines demonstrated included a Gessner HDR6011 deep ripper, Plozza plow, spreaders from AgriSpread (AS 2000 series), Nufab, Bredal and Marshall and spaders from Farmax and Imants. Vaderstaad, TTQ and Horsch also had tillage equipment on show.

When one spreader is not enough

WeedSmart week will be held from 1 September. 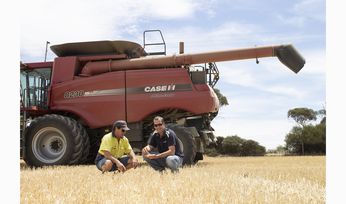 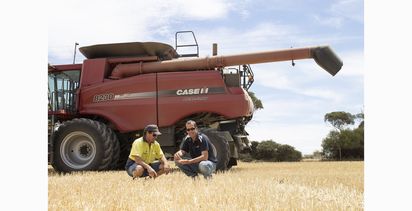 Fodder festival to go ahead

When one spreader is not enough