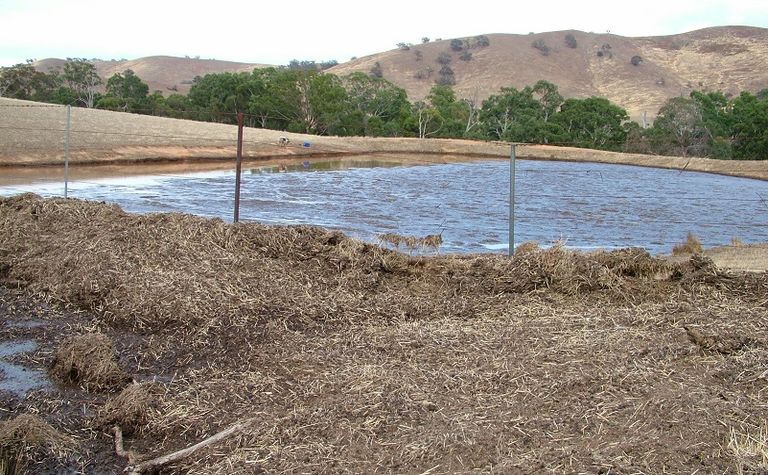 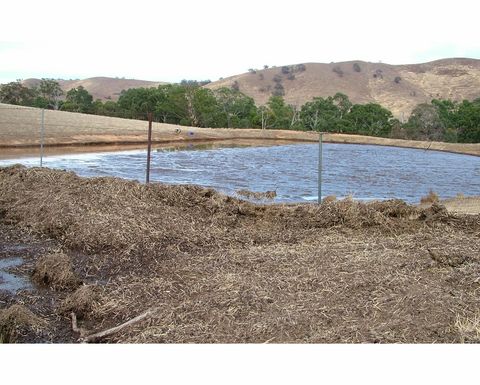 Livestock owners need to be on the look out for blue-green algae. Image courtesy Agriculture Victoria.

"As there is no specific treatment for blue-green algae poisoning, producers should check farm water supplies daily for blooms, as this remains the most effective way of preventing stock deaths," Dr Bell said.

"Blue-green algal blooms typically appear as surface scum that looks like a suspension of green paint or curdled green milk, often with an earthy smell. However, the colour may range from pale green to dark brown," Dr Bell said.

Deaths can occur when stock drink toxins produced by the blue-green algae, often when it is concentrated on the down-wind side of a water supply and has formed a dense, surface scum.

Animals that have consumed blue-green algal toxin may appear ill very rapidly, develop a staggery gait, collapse, begin to convulse and die - typically within 24 hours - depending on the toxicity of the bloom and the concentration of the toxin.

Those that do not die immediately often suffer severe liver damage. This may lead to the development of jaundice (‘the yellows') or photosensitisation over the next few days.

Dr Bell said those that recover from these ailments often suffer from chronic ill-thrift. If a suspicious bloom is noticed, stock should be removed as quickly as possible, and a safe alternative water supply provided.

"We recommend laboratory testing of the water supply for the presence of blue-green algae, and a post-mortem examination of dead or sick animals by a veterinarian."

Blue-green algae toxins may remain on dry pasture for a long time following irrigation, often until there is a rain event or further irrigation with uncontaminated water.

Contaminated water should not be used to irrigate vegetables and fruit or come in contact with plants being grown for food, particularly fruit and vegetables that are mostly eaten raw such as apples, grapes, tomatoes, strawberries, cabbages and other salad greens.

It is also recommended to keep stock off pasture that has been irrigated with blue-green algae contaminated water for at least seven days after irrigation.

Dr Bell said dogs are also prone to poisoning as they tend to swim in farm water supplies and should be kept away from suspect water sources.

Further information on blue-green algal contamination in your irrigation water source or livestock water supply is available on the Agriculture Victoria website at www.agriculture.vic.gov.au/agriculture/farm-management/blue-green-algae-issues

The Bureau of Meteorology has forecast a hot, dry summer. 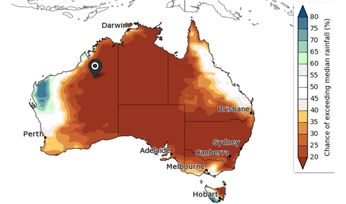 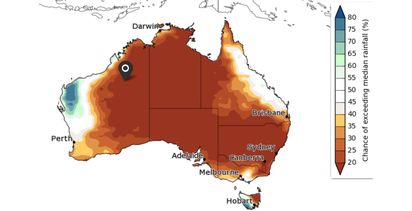