GRAIN growers in Western Australia with frost damaged cereal crops are encouraged to consider a range of options to maximise their value to their farm business. 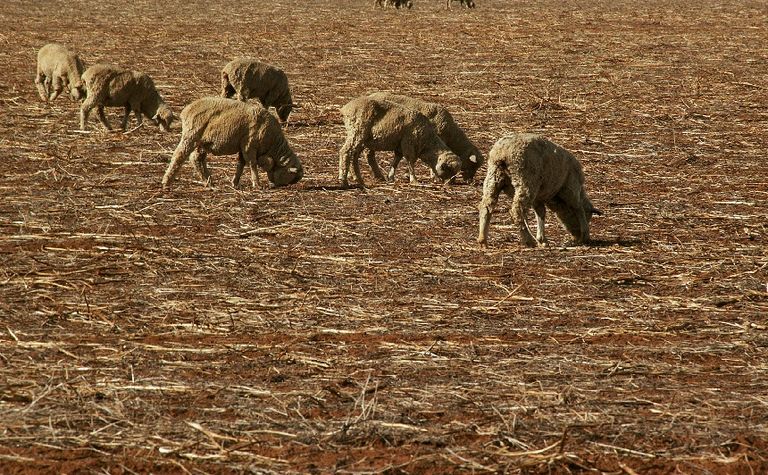 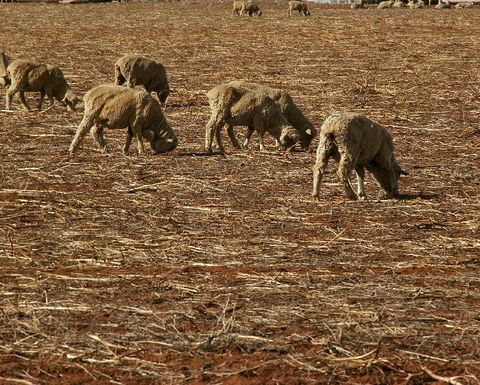 Sheep producers considering using frost damaged crops for supplementary feeding have been cautioned to assess the quality of the grain and to evaluate any husbandry risks. Photo: DAFWA

With harvest well underway, there have been increasing reports of frost damage to wheat, barley and oat crops, particularly in the eastern and southern Grainbelt.

WA Department of Agriculture and Food veterinary officer Danny Roberts said cereal grain quality may have been compromised and growers should evaluate the energy and crude protein content before making decisions about its value as a sheep feed.

“Provided the grain has energy content greater than nine megajoules per kilogram and a crude protein of 10 per cent, it may be a useful on-farm supplement for adult sheep,” Roberts said.

“Growers also need to know the bulk density of the frost damaged grain to convert its weight to volume, in order to work out the final rate of supplementation required to achieve target liveweights.

“The bulk density is also required when transporting frost damaged cereal grain to another property.”

With anecdotal reports that there is little market interest from feed suppliers or feedlots for frosted grain, Roberts said growers would be wise to consider all options, including harvesting frost damaged grain for supplementation, grazing standing mature crop or fallow.

“It may be more effective to harvest and feed frost damaged cereal grain using self-feeders, rather than feeding the grain on the ground or grazing a standing crop,” he said.

But Roberts warned there were additional livestock husbandry issues to be addressed if feeding frost damaged cereal grain to livestock.

“Growers will need to vaccinate sheep twice for pulpy kidney before they start any supplementary feeding program or provide a booster,” he said.

“At the start of feeding, gradually increase the daily rate of frost damaged barley and wheat grain over a minimum 14 day period to 500 grams per head per day.

It would be wise to feed hay, not straw, before introducing the sheep to lick feeders. The guideline is to only have 200 sheep per lick feeder and to continue to provide some hay, to assist sheep to adapt to the diet and to reduce the risk of grain poisoning or acidosis.”

To get a sufficient feed efficiency conversion, growers will need to feed barley and wheat grain for a minimum of six weeks.

Looking back on a tough time can reveal insights to guide future situations.