INTEREST in Australian native grass pastures has increased in recent years but adoption has been hampered by difficulties with seed handling and germination. Ongoing research is working towards overcoming these obstacles, thus making native grasses a more and more realistic option. 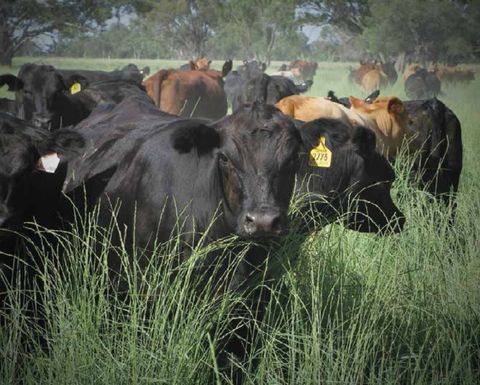 Warrego grass (Paspalidium jubiflorum) occurs throughout most of Australia, is very drought hardy but grows lushly when it gets sufficient rain.

One of the great advantages of native grasses is that, having evolved here, they are perfectly suited to the Australian environment.

They can cope well with low nutrient and water levels, but can also respond vigorously when nutrients and water are available. Dr Jason Stevens, Kings Park and Botanic Garden, WA, has been working with others on treatment methods to improve seed handling and germination.

Treating seed with acid is showing potential. “We have used acid treatment to remove the caryopses from seed,” Stevens said.

“While it’s possible to build specialised machinery designed to cope with the native grass seed, we have taken the view that it will be better for agriculture if we find ways to treat the seed so it can be sown using conventional seeding equipment."

Acid treatment also removes the chaffy inert material from seed batches, which may be up to 40 per cent of a batch by weight. The seed that was treated with acid handled better and flowed through machinery easily. It also had higher germination rates. Stevens said the acid treatment research had been done at a laboratory scale and shows proof of concept, but would be scaled up to enable commercial quantities to be treated.

There are about 1200 species of grass native to Australia; hundreds of these could be of agricultural interest. Screening programs over the years have worked to select the most promising lines for agriculture. The Kings Park research has focused on four species – weeping grass (Microlaena stipoides), wallaby grass (Rytidosperma caespitosum), windmill grass (Chloris truncata) and kangaroo grass (Themeda triandra) – all of which have good nutrition values. Grown in combination they could present a good long term pasture mix for many areas, as the mix contains summer active C4 grasses (windmill grass and kangaroo grass ) and winter active C3 grasses (wallaby grass and weeping grass).

Stevens said that, once established, a native grass pasture should not require any inputs.

“Yes, they will respond rapidly if you put nitrogen on them, but if you are looking to rejuvenate a degraded paddock or get something growing in an area with very poor soil, native grasses are potentially a good option. They could help turn an unproductive area into a sustainable, productive area.

“But first, you need to have good weed control. Weeds will out-compete native grasses in the early stages. Get the weeds under control first, and then establish the native grasses.”

Native grass expert Dr Ian Chivers, Native Seeds Pty Ltd, agrees. “Weed control immediately before and after sowing is critical,” Chivers said. “But once established, native grasses can be competitive. There are a lot of myths out there about native grasses and one of them is that they are not competitive compared to the introduced ones. They are. Many of the native species are more competitive, and many are also more palatable. Stock will eat the best types in preference to the introduced species – that’s why they disappear from the pasture. It’s got nothing to do with competition.”

Chivers cites the example of an established native pasture in the Southern Tablelands of NSW, where all the surrounding introduced pastures where being invaded by African Lovegrass.

“The only pasture that wasn’t being invaded was the native pasture. An established native pasture is largely resistant to weed encroachment, providing the grazing is managed correctly. They absolutely must be rotationally grazed. Set stocking will wipe out the best of the native grasses. Stock love those species so much, they eat them in preference and leave the least palatable and useful species.

“It’s also a myth that the native grasses aren’t as productive as introduced species. They are, especially if you change your thinking so you are looking at kilograms per hectare per decade, rather than kilograms per hectare per year. On a decadal time frame – and native grass pasture, once established, will last many, many decades – they are more productive and more profitable. There’s just a lot of bias and misinformation out there that favours the introduced grasses. The native grasses generally are much, much more persistent.”

PUTTING THEM INTO THE SYSTEM

Dr Geoff Woodall, whose research and agronomic interests focus on establishing native plants in productive agricultural systems, has noticed an increasing interest in native grasses. “There’s not a lot of funding around for native grass R&D, but some landholders are working out some novel practices and bringing them into their farming systems in innovative ways,” he said.

“I know a farmer growing kangaroo grass, and managing it with herbicides to reduce introduced grasses and broadleaf weeds. Others have looked at burning to encourage growth and to bring fresh shoots into production.

“There are still perceived limitations with the native grasses; for example, some cropping farmers I know don’t like windmill grass, but it can fit in well into some systems.

“Overall, I reckon native grass agronomy in WA is probably about 15 years behind other native plants, so there’s a lot of scope for the future improvements. We need to put a whole package together and show how they can be integrated into farming systems and be profitable. Seed costs will also need to come down.” Chivers said native grass seeds will always be expensive, but that when the thinking shifts to accommodate their true value, the cost won’t be seen as such as issue.

“They don’t produce as much seed per hectare as the introduced grasses and they have indeterminate seed heads, so only a percentage of seed heads will be ripe at a given time, making them harder to harvest. Introduced plants don’t have these issues because they have been played around with for centuries. “But the attitude is moving away from them being too expensive as the merits of the plants are being recognised. It used to be only about annual production per hectare – and even there, the native grasses can measure up – but now the vast array of other benefits is coming to the fore.”

“There are still difficulties with handling the seed, but exciting things are happening with that. There are big improvements coming, probably in the next 12 months.”

New COVID-19 restrictions in WA have resulted in the cancellation of the Wagin Woolorama. 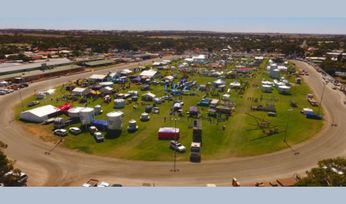 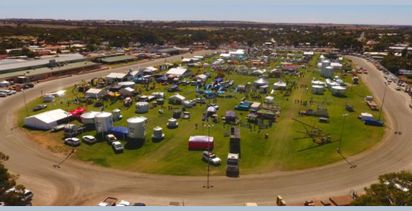