RELATIVE newcomer to the Australian market, Horsch, has a concept disc seeder being demonstrated in the Eastern states. 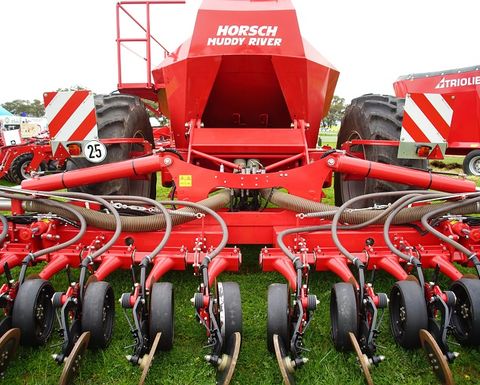 The pre-production seeder is a combination of Horsch’s Maestro toolbar and cart and the Avatar single disc unit.

But unlike the production model Avatars which have two rows of the single discs, the pre-production seeder runs a single row of discs.

Working widths are 15m or 18m and the bar folds up to a neat width of just under 3.5m. Planting row width can be 300mm or 380mm. Wheel centres are set at 3m. The 300mm and 380mm row widths are available on the Avatar in its SD format but in its SW format, which is the Avatar with two rows of discs, row spacings can be as narrow as 167mm with a working width down to 6m.

The pre-production, single bar model has already sown about 4000ha as part of a testing schedule in Australia with crops planted in the Wimmera in Victoria and Parkes and the Liverpool Plains in New South Wales. Crops sown have included canola, lentils, wheat, barley and chickpeas.

The main discs or seed coulters of the Avatar’s single disc unit are 480mm in diameter and the demonstration unit is fitted with trash wheels on the front. In-furrow press wheels can be lifted out of the way if required and there’s a rear cast-iron closing wheel which is 330mm in diameter. Incorporated into the design is a 400mm diameter gauge wheel which can be fitted with a metal scraper ring to help keep the front disc free from soil buildup.

In its 18m set up, the Avatar weighs 19 tonnes and has a transport height of 4m. Downforce pressure, which can be adjusted from the cab via hydraulic cylinders in 5kg increments peaks at 250kg. On the 18m working width, there are six hydraulic cylinders, each controlling eight disc units.

You can read more about the Avatar in the February edition of the Farming Ahead magazine.

A new Horsch self-propelled sprayer is now available in Australia. 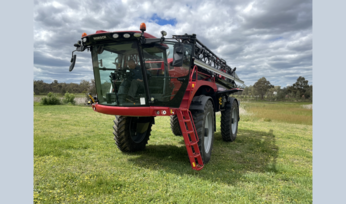 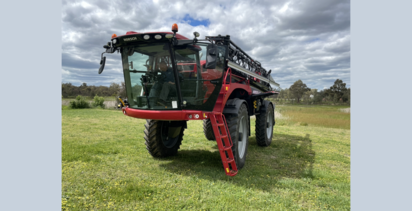