Thanks to support from John Deere, green biomass maps can provide graziers around Australia with insight into pasture production. 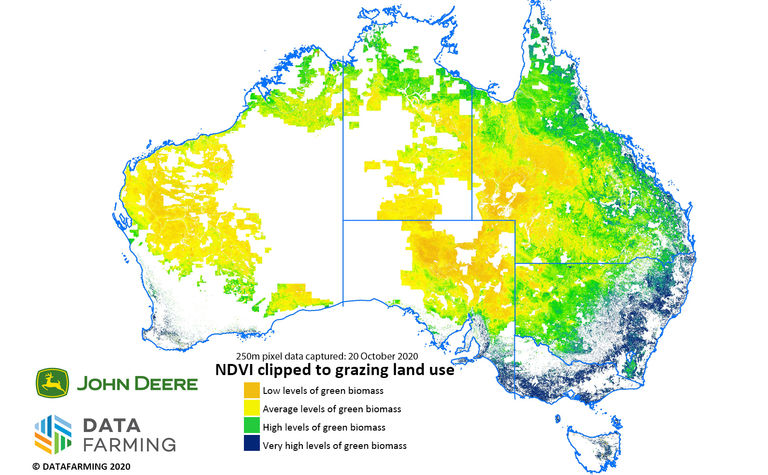 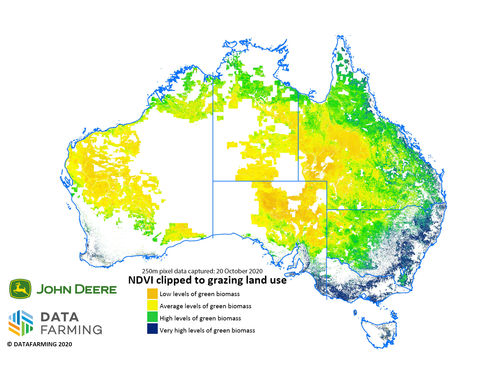 More specifically, northern Australia remains largely unchanged in comparison to last month, with the exception of the Pilbara which saw a slight increase in biomass.

The New England region has seen an increase in biomass in grazine areas as spring rain starts to kick in.

South Austrralian biomass levels have reduced month-on-month while the New South Wales/South Australian border regions have seen a flourish of feed when comparing this October map to the September edition.

The maps exclude land uses other than grazing, meaning the image is not distorted with 'noise' from the biomass in areas like national parks and forestry.

Regular NDVI maps can be accessed readily from sources including the Bureau of Meteorology, but the grazing exclusive nature of these maps is what makes them unique.

Green biomass maps are a key part of a new approach to evaluating pasture growth around Australia. 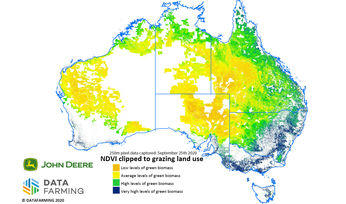 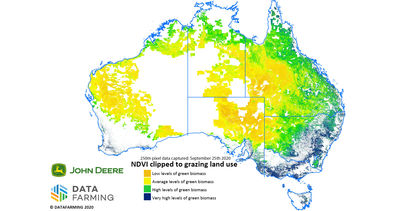