THE PERENNIAL forage legume tedera is on track for commercial release in 2019. Dr Daniel Real, Department of Primary Industries and Regional Development (DPIRD), said difficult seasonal conditions in Western Australia this year had provided the perfect opportunity to demonstrate the potential value of tedera. 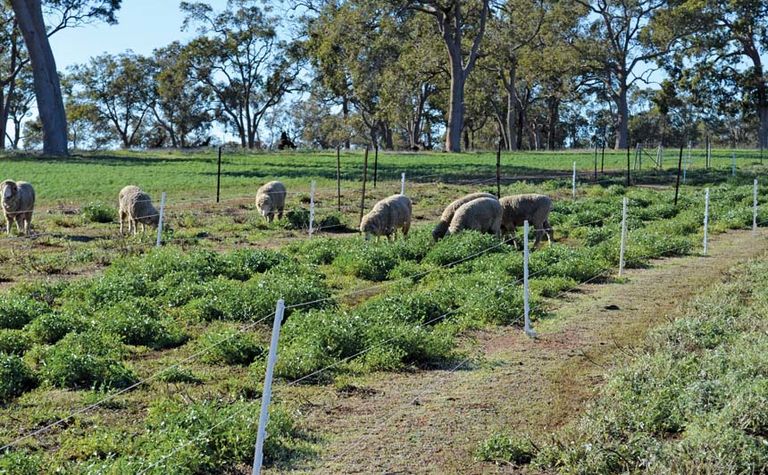 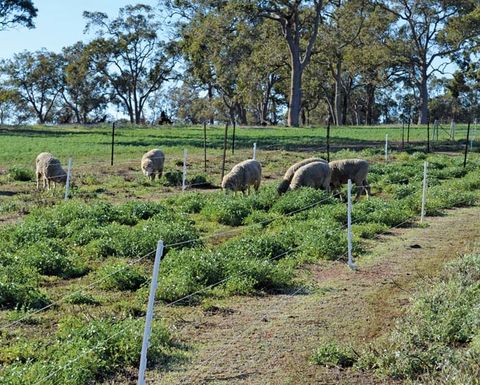 "Rain at the end of February created a false break," Daniel said. "All the annuals germinated but then died, and the dry autumn left nothing in the paddocks. The annuals were non-existent but the tedera was looking good."

Tedera (Bituminaria bituminosa var. albomarginata) is native to the Canary Islands and was brought to Australia in 2006 through research conducted under the auspices of the Future Farm Industries Cooperative Research Centre. Daniel, who has led the research project from the beginning, and his team have used conventional breeding methods to develop a tedera cultivar suited to Australian conditions. Since 2013, work has focused on agronomy and animal trials, along with seed increase ahead of the commercial release. The animal research work and the new agronomy project have been co-funded by DPIRD and Meat & Livestock Australia (MLA).

To date, around 50 hectares of tedera has been planted at trial sites in Western Australia. Sheep grazing trials have shown that tedera can be a complete food source for sheep with no supplementary feeding.

"We haven't had any issues with any animal during our feeding/grazing trials," Daniel said. "There hasn't been a single problem.

"In the Canary Islands, tedera is grazed by sheep, cattle and goats. It is particularly prized as a food source for milking goats and does not taint milk."

A recently-completed DPIRD trial at Kojonup, WA compared the performance of rotational and continuous grazing on tedera with lucerne. Merino ewe hoggets were stocked at 5 DSE/ha and the sheep on tedera gained double the weight during February to May compared with those on lucerne.

"The rotational grazing mob achieving a weight gain of 10.2 kilograms/head and the continuously grazed mob gaining 11.3kg/head, while the animals on lucerne gained 5.2kg/head," Daniel said.

"A four-hectare plot sown at Dandaragan for seed had 2.7 tonnes of dry matter per hectare of food on offer on 15 June this year, before it received rainfall a week later."

It's worth noting that the Dandaragan plot had been sprayed with Reglone (3 litres per hectare) to desiccate the crop so seed could be harvested. The 2.7 t DM/ha was growth since then.

"Tedera will enable livestock producers to reduce the cost of supplementary feeding in seasons like 2017 by using the pasture for either maintenance feeding or to gain weight to target markets.

"We expect it to be able to be set stocked at 5-10 DSE/ha for the whole summer with no supplementary feeding. It comes down to what production you want per animal."

FITTING TEDERA INTO THE SYSTEM

While tedera sounds almost too good to be true, the catch, according to Daniel, is that it won't grow everywhere.

"Tedera will grow well in drought conditions and will be of greatest value in areas that have a dry summer," he said. "It can go into high rainfall environments, but requires a Mediterranean climate and will still do best where there is a dry summer. In more temperate regions with wet summers, there may be other perennial options, such as lucerne or white clover.

"It won't tolerate long periods of water-logging and I don't think it will do well in gutless sands. If crops do not grow and just a few weeds species can grow, tedera probably won't grow there either.

"To date, our trial sites have been on good cropping soils. Agronomic work over the next couple of years will test the range of soil types that tedera will suit.

"Decisions about where to grow it will ultimately be farming system decisions and individual farmers will decide on a paddock by paddock basis. At our field days, a lot of farmers are saying they will grow it in their good cropping soils.

The returns on investment in tedera and the economics of how it will likely fit into different farming systems are currently being explored but early work indicates it offers the potential to increase farm profit by providing savings in supplementary feeding, reduced labour, and higher stocking rates.

Paddocks sown to tedera can readily be returned to crop.

"One of our trial plots was sprayed out and the area returned to crop with no trouble," Daniel said. "It was easily sprayed out. We are yet to analyse the yield data to determine if there was any benefit to the following crop.

"Tedera seeds and recruits, but it is not invasive. The seed can be harvested with conventional harvesting equipment, and it can also be seeded with a normal air seeder. It can be sown in May and grazed the following spring and summer.

"Tedera will be very easy to manage and incorporate into farms."

Details of exactly how tedera will fit - the row spacing and seeding density, how it fits with the farming system, and its economics - will be determined in the final phase of research and included in an agronomic package to be developed in time for the plant's commercial release. The commercial rights to tedera are owned by MLA and DPIRD, and the seed will be released commercially by Seednet (a Landmark company). It is expected that tedera seed will be available early in 2019 ready for autumn planting that year. 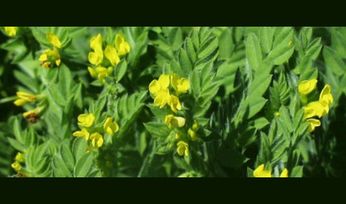 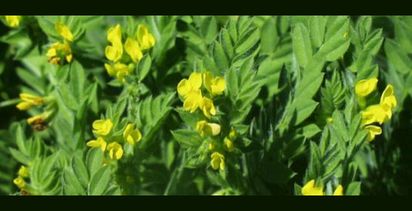