The Ryan name is synonymous with innovation when it comes to broadacre seeding in Australia. 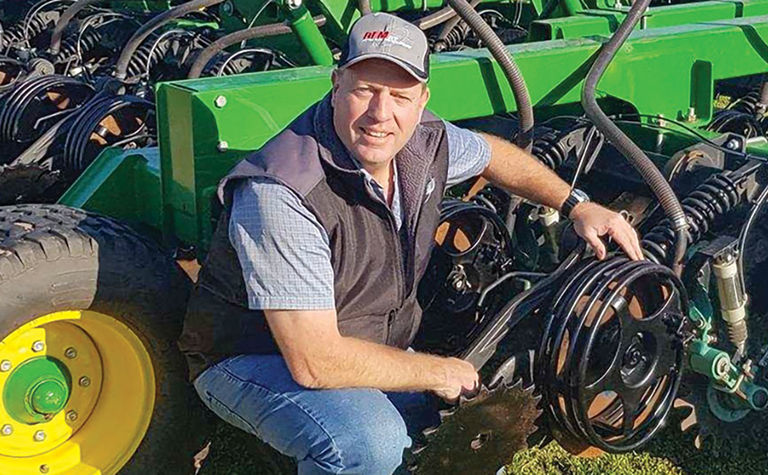 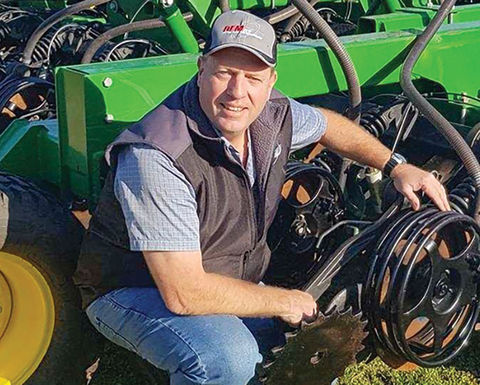 Ryan family designs have been an influential part of the agricultural industry for over 50 years. Ryan NT recently completed a significant rebranding from RFM NT to coincide with recent new product releases.

"There was a need to signal a new and exciting era for Ryan manufacturing," Paul explained.

"The name nods to the original roots of Ryan manufacturing. Presently, Ryan designs have been a significant part of farming for over five decades. Furthermore, the rebrand to Ryan NT announces to farmers that Ryan NT is a company concerned with providing above and beyond customer focus.

"Ryan NT achieves this by designing innovative products and outstanding customer service. The rename and rebrand will represent a significant step in the company's evolution. We are redefining who we are, focused on farmers and striving to improve their soils, which ultimately improves their bottom line.

"Our brand is built on trust, credibility and industry knowledge. These foundations have kept the Ryan name strong for years, dating back to Austin Ryan's 1960s Scaravator. In addition, we pride ourselves on our relationships and our ability to help and support farmers."

Paul Ryan's retrofit double-disc system can convert most machines made in the last 30 years into a disc seeder.

"Most farm machinery manufacturers have a different mechanism," Paul said.

"Angles are rarely the same, and we have to figure out a way for the farmer to change it over quickly. We focus on how we can fit into the existing tine trip assemblies.

"Farmers can take out their current shank from the tine trip assembly and replace it with our matching shank.

"All they have to do is undo a couple of bolts or a pin to switch it over."

Paul explained in some parts of Australia that disc seeding had received an undeserving negative reputation.

"Some trials had put doubt on the ability for no-till disc systems to handle chemicals. It is important to understand that not all disc systems penetrate soils the same," he said.

"Now the technology has been proven; farmers are coming around to the idea of disc seeding. Excitingly that number is growing all the time. Disc seeding technology and design have come along immensely since Austin Ryan was in the game."

At the forefront of technology, Paul Ryan's father Austin built a single disc system in 1983. The invention came from his focus on moisture conservation, essential for broadacre agriculture.

Whilst Paul's discs continue to prove successful across Australia, farmers have also integrated them into programs in Eastern Europe.

"The discs can handle all kinds of soils and conditions, from the sands of the Mallee to the black soils of Kazakhstan," he said.

Paul's products only take a couple of hours to change a tine machine to discs.

"It is all about productivity. Farmers using our disc system can get their crop in 30 per cent faster than normal, therefore using 30 per cent less fuel,' he said.

Paul explained how the lead disc, a serrated coulter disc, is the driving disc on the ground.

"The lead disc is an inch forward from the plain coulter disc, which in turns allows for greater penetration and cutting and ultimately avoiding hairpinning, he said.

"The standard double-disc system is commonly designed with the coulter side-by-side, acting as a wedge. Hence, making it harder for penetration. In contrast, the Ryan NT system is an offset system, where the serrated lead disc coulter makes penetration and cutting much more effortless.

"Supporting the unique design is the front seed boot system which places grain or fertiliser directly at the bottom of the trench. When the boots work in conjunction with the spring-loaded scrapers, it avoids blocking.

"Another notable feature is that the system can double chute."

Farmers with disc machines become frustrated during high rainfall seasons, as at times, they have to stop sowing. Whilst, just over the fence, their neighbours with tined machines continue to operate.

Ryan NT's Coil Gauge Wheel allows farmers to stay in the paddock and sow in wetter conditions, overall getting their crop in on time.

"The self-cleaning gauge wheel eliminates the need to replace rubber tyres and gives a smoother ride for better seed placement," he said.

The coil wheel had seen an increase in demand from those precision planting in Australia and the USA.

"More growers are buying disc seeders for the benefits of having minimal soil disturbance and the ability to cut through heavy dry stubbles easily," Paul said.

"These systems have limitations in wet conditions, mainly due to mud build-up on the discs and wheels.

"Farmers who fit our gauge wheels are in the paddock earlier and staying there longer. A major weak point with disc seeders is that rubber gauge wheels caked with mud can force farmers to lose precious time, as they have to leave the cab to clean them.