Demonstrates this company could achieve robust returns in the near future

The release of Minbos Resources' (ASX: MNB) Scoping Study demonstrates this company could achieve robust returns in the near future, as it looks to its goal of building a nutrient supply and distribution business that stimulates agricultural production and promotes food security in sub Saharan Angola and the broader Congo Basin.

Sub-Saharan Africa dedicates nearly as much land to growing corn as the US.

However, crop yields in the region are significantly below that of other global producers.

The issue is a lack of fertiliser. More fertiliser, cheaply available, would see sub-Saharan Africa catch up to more developed countries' food production, and remove their reliance on food imports.

This is important as fertiliser consumption is expected to almost double in the next 10 years in Africa.

That said, there has been enormous activity in the region.

There are significant opportunities in Africa, with food demand value ~ $313 billion and growing.

While the majors fight it out in the west, one damning statistic is that Middle Africa has virtually no fertiliser production and limited infrastructure to transport fertiliser, leaving the door open for socially-minded companies to work with local governments and populations to help address these problems.

Minbos is addressing these issues in Angola, with, as stated, an eye to the broader Congo basin.

In Angola, agriculture is the main source of income for 90% of the 9.6 million countrymen and women living in rural areas. There are 35 million hectares of arable land here (the size of France) with only 8% currently tilled for farming. Furthermore, 100% of all nutrients (nitrogen and potassium - NPK) are imported.

The conundrum is that spending on food in Angola is expected to increase from US$15 billion in 2017 to US$21 billion by 2021.

In light of this, the Angolan government announced a A$750 million expenditure program in June to accelerate agriculture and fisheries in country with the aim of achieving food and nutrition security.

In fact, Angola plans to double its agricultural output from two million tons of cereals, to almost four million tons.

The country aims to increase the availability of seeds, fertilisers and agricultural equipment for local requirements.

Simply, put Angola is looking to create its own food supply.

The $11 million capped Minbos has a world-class phosphate ore project within the Cabinda Province of Angola designed to build a nutrient supply and distribution business that stimulates food security in Angola and the broader Congo Basin.

Minbos has been working on the Cabinda Phosphate Project for years, and has lofty goals.

This project has the potential to impact the whole country by boosting fertiliser production and food security, alleviating poverty, improving nutrition outcomes and mitigating the impacts of climate change on farmers.

Of course none of this would be possible without robust economics.

Results of a Scoping Study released this week demonstrate the company could generate strong cash returns on the Cabinda Project for a relatively small capital investment.

The pre-production CAPEX (capital expenditure) is between US$22-28M, which is not a lot to get the project into production - and the payback period is just three years, with a Life of Mine (LoM) of 21 years.

The financial metrics are starting to stack up especially when compared to the company's current $11M market cap.

The Scoping Study results will be used to initiate discussions with debt and equity financiers for the construction of the project and frame the scope of work for a Definitive Feasibility Study (DFS), which is currently underway.

If Minbos follows in the footsteps of other Angola based mining companies, such as Pensana Rare Earths PLC, the Angolan Sovereign Wealth Fund could line itself up to make a sizeable investment in Minbos.

Minbos has also advised the market that it's working on an offtake agreement with the Angolan government as part of the DFS - if successful this would be a major share price catalyst and substantially de-risk any development funding needed for the company's project.

Minbos has done an enormous amount of work at Cabinda and, whilst having its ups and downs, has dedicated 10 years to the project and the potential to positively impact sub Saharan Africa's food supply.

The Scoping Study gives it confidence that this can happen sooner rather than later.

"Producing fertilisers locally would improve the availability of nutrients, reduce transport costs and would protect against exchange rate fluctuations which impacts on fertiliser pricing."

All in all, that is a win-win for the African nation and the company.

MINBOS RESOURCES LIMITED (ASX:MNB) is an ASX-listed exploration and development company with a world-class phosphate ore project within the Cabinda Province of Angola.

MINBOS RESOURCES LIMITED (ASX:MNB) is an ASX-listed exploration and development company with a world-class phosphate ore project within the Cabinda Province of Angola.

A new genetic solution has introduced a level of resistance to lodging in sorghum. 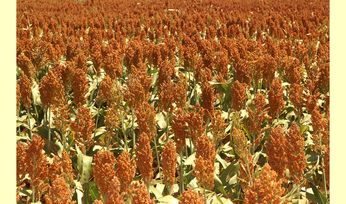 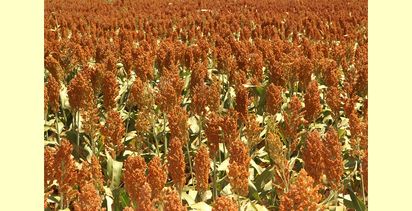 Researchers uncover how invasive plants get a head start after fires

Farmers urged to think outside the box