IF YOU are on Twitter, you may have seen some of these already, but there is a trend for farmers to share ideas about what they are doing with used and cleaned intermediate bulk containers (IBC). Of course we should add that these are presumably IBC’s that have been thoroughly cleaned. 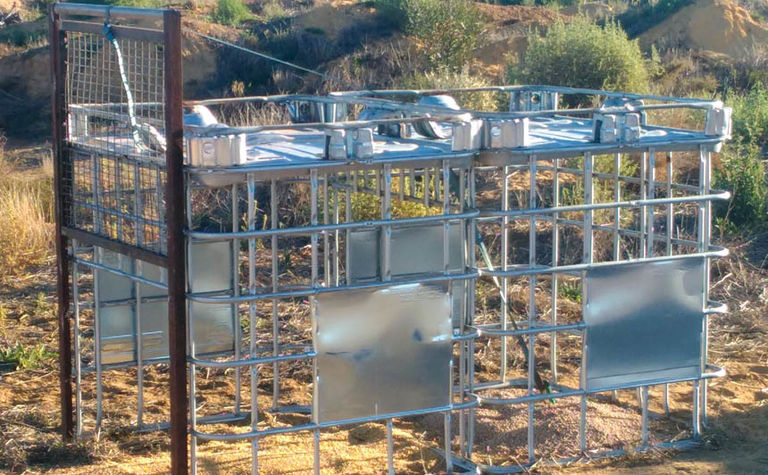 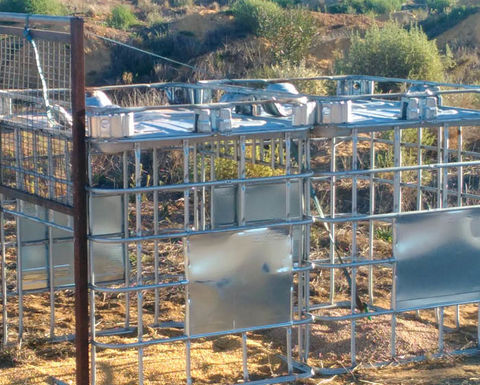 IBCs used to make a pig trap in Yuna WA. From Craig Thompson.

The Twitter trend is using the #ibcchallenge tag if you want to keep monitoring the ideas, but we have selected four which we think were particularly inventive.

Chad Eva from Three Springs, Western Australia, made a chaff-line chute using the corner of an IBC Tek-screwed to the back of the sieves extending an existing chute for the chaff-cart before cutting off what was not needed. Chad reckons they cut a bit much off and made the gap too wide, but it worked well in any case. Photo credit: Twitter: @Chad_Eva

Craig Thompson from Yuna, Western Australia, posted some pictures of a pig trap his son built during the school holidays using a couple of IBC cages. Suggested bait was fermented grain with the addition of fruit to attract the pigs. Photo credit: Twitter: @thommo1044

We have all over-ordered batch delivered cement, Ian from Wharminda, South Australia, uses the cut-off base of an IBC as fast formwork to drop a little reinforcing into to make cement pads. Once dry, the pads can be used for a range of applications, for example, pumps pads. Photo credit: Twitter: @nobbyi333

Murray Town, South Australia, farmer Toby Fisher has used a corner of an IBC as a hopper for the pencil auger used to fill sheep feeders. This 5-minute job with a thin disc on the angle grinder saved Toby around $100 on a new hopper. Photo credit: Twitter: @tobyfisher16 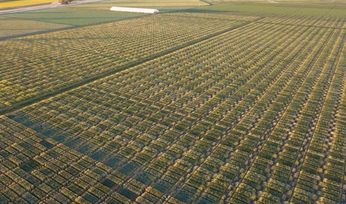 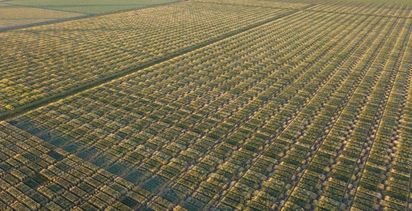