Australian producers among the least subsidised

LATEST research from the the Organisation for Economic Co-operation and Development (OECD) has shown Australia to be receiving the second-lowest levels of farm subsidy support in the developed world. 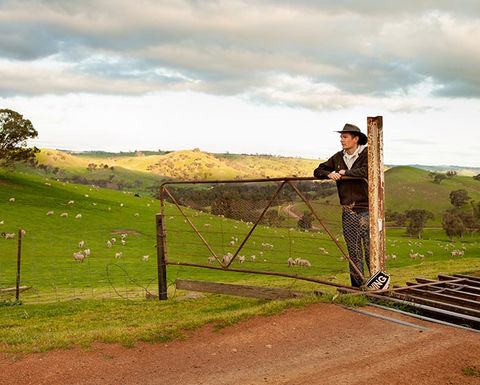 The OECD research was on farm subsidies, assessing subsidy levels across 52 countries and published in the Agricultural Monitoring and Evaluation report.

The report found Australia’s Producer Support Estimate or PSE (an estimate of public money which flows to primary producers, not necessarily as cash) was one of the lowest within OECD countries, with PSE constituting only 1.4 per cent of gross Aussie farm income.

By contrast, producers in Iceland, Norway or Switzerland receive more than 50% of their farm income as government support measures.

Tony Mahar, CEO of the National Farmer’s Federation (NFF) said farmers often battle the perception that their industry is highly subsidised, however the facts might shock the average person on the street.

“The reality is that support for Australian farmers is among the most meagre in the world, second only to New Zealand in the OECD,”  Mahar said.

“This is an incredible fact, remembering that Australia is one of the world’s largest agricultural exporters – competing in markets where farmers receive whopping handouts,” he said.

“Aussie farmers are among the least subsidised on the planet. And they still manage to make a buck in a tough global marketplace, which is anything but a level playing field.”

The OECD study of farm subsidies found that Australia made no payments for commodity production, which is how other OECD countries calculate and pay producers.

Instead, 42% is channelled into programs to help manage seasonal variability. Given Australia is prone to crippling drought and flood events, the Government has established schemes whereby farmers in need can access concessional loans, to reduce the burden of interest payments in difficult times.

Mahar said rather than the programs being a handout, they are genuine loans that farmers are expected to pay back with interest over an agreed period.

“This is similar to programs available to households to switch to solar panels, or energy efficient light bulbs – just on a bigger scale,” Mahar said

“Australia also has frameworks like ‘Farm Management Deposits’ which help farmers save money in good years to help them weather downturns when they come,” he said.

“The bulk of the remainder of Australian producer subsidies take the form of environmental programs. Given farmers look after 70% of Australia’s landmass, they play an important role in making sure our natural resources are protected.

“In turn, the Government works with farmers through Landcare the Murray Darling Basin Plan and other programs to help implement positive environmental changes.”

An industry survey says there are 40.7 million breeding ewes in Australia.