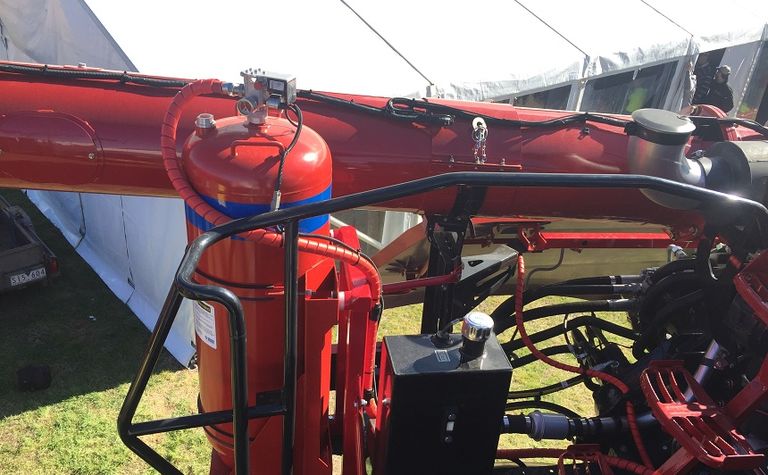 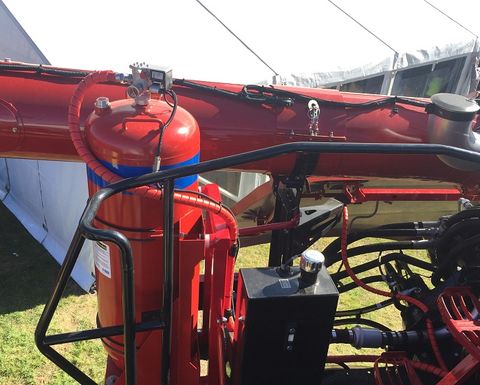 Shown earlier this month at the Mallee Machinery Field Days held in Speed, Victoria, the Muster II fire suppression system can be fitted to almost any harvester.

Made by JSG, the Muster II system comprises a 110 litre tank, nozzles, temperature sensitive lines, a master switch and monitor which can be mounted in the cabin.

The 110 litre tank holds  water and a fire retardant foam and is charged with nitrogen.  The temperature sensitive line has two grades - a higher and lower temperature - and can be fed around known harvester hot spots such as the engine, turbocharger and exhaust.

While the unit demonstrated at Speed was on a Case IH 7240, the Muster II can be placed on just about any brand or model of harvester.

The fire suppression system uses its own power supply and can be monitored 24/7 or via the control panel in the cabin.

A master switch can be placed just about anywhere on the harvester and on the 7240 at the MMFD, it was attached to the rear side of the cabin entry steps.

The Muster II system on the 7240 used 19 nozzles, placed around the engine bay, turbo, exhaust, key power take off components, beater bearings and on top of the rotor.

Once activated, the Muster II will dispense the liquid and foam for two minutes. Engine shut down will automatically occur 36 seconds after the system is activated, which should allow the driver some time to move the harvester out of the crop or away from other machinery.

The system should cost about $12,000 and requires a certified agent to recharge it once it goes off. 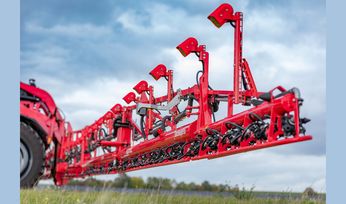 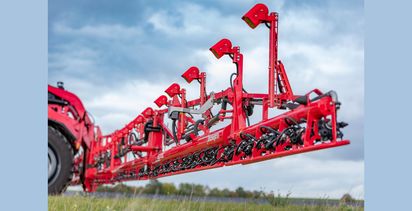