TYRES are often overlooked when it comes to care of machinery but a Victorian spraying contractor makes sure he gets the most out of his wheels. John Heggie from St Arnaud has fitted an Air Central Tyre Inflation system to his Goldacres G6 self-propelled sprayer, which allows air pressure in each tyre to be adjusted on the go and make allowances for different paddock and road conditions. 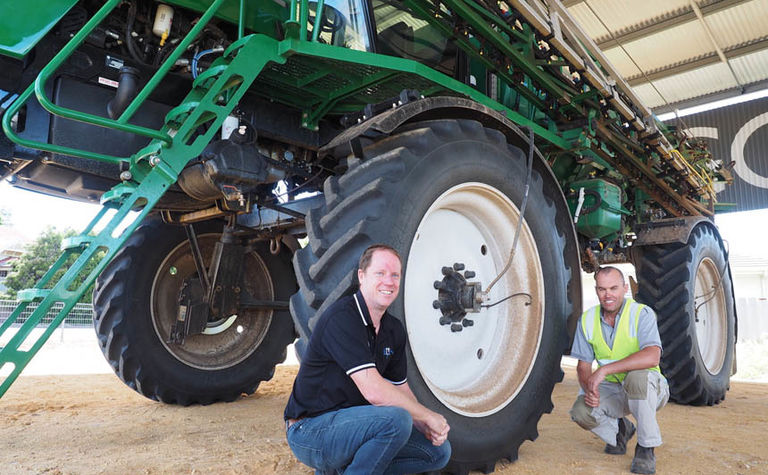 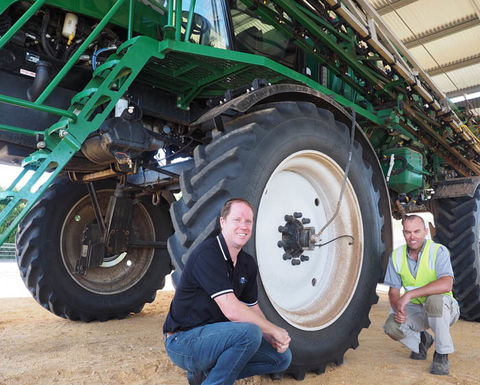 “I had seen the system on trucks and other vehicles before but not on a sprayer,” John said.

“So I got in touch with the Goldacres’ tyre supplier, Harvest Tyres, and checked out the suitability.

John said it was a little early to comment on improved tyre wear but he has certainly noticed big differences in ride quality since having the air management system installed.

“Now that wheel tracks have dried out we certainly notice it’s a smoother ride on the sprayer when you can drop the air pressure. We usually run pressures of about 25psi in the paddock and that may go up to 45psi for on the road travel.”

The Air CTI system is controlled via a small console in the sprayer cab where tyre pressures can be pre-set and adjusted on the go as well. John estimates it takes about 10 minutes to reinflate or deflate the tyres.

“It all runs off the sprayer’s standard air system and it has the added benefit of being able to monitor tyre pressure as well. There’s a built in isolation protection system too so if you get a puncture in a tyre, the others will not deflate.”

All up, the Air CTI system cost John about $13,000 including installation, which seems a relatively small amount on a machine which costs several hundred thousand dollars.

“All we really had to do was drill a small hole in each of the rims which anchors a clip to, and the clip holds the air lines.”

“There is no question that running the optimum tyre pressure for a given load will prolong tyre life and this is especially important on machinery where there are considerable load spikes, for example with harvesters, sprayers and chaser bins,” Matt said.

Trelleborg has picked up a top tyre award in Europe. 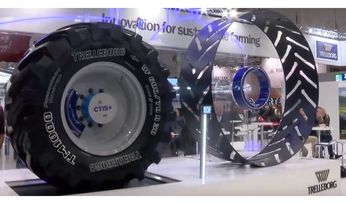 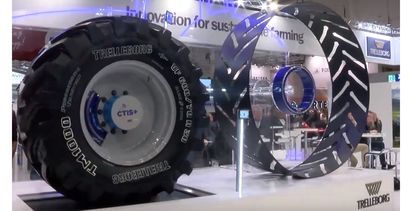 New Holland and Trelleborg team up for new tyre tech