SHEARING sheep is never easy but the latest handling system drastically reduces the amount of effort required to harvest wool. 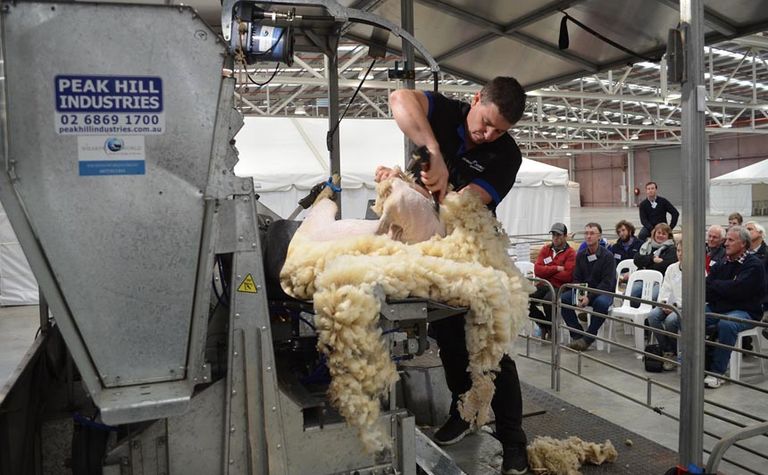 The ShearEzy is made by Peak Hill Industries and was demonstrated at the BWBL conference by Shearing World, a retailer of shearing equipment.

Shearing World’s Darren Smith said handling systems such as the Shear Ezy were ideal for shearing large and heavy sheep, such as prime lamb rams, which can be in excess of 130kg body weight.

With the Shear Ezy handler, the sheep is caught in a clamp-style race which then tips the sheep over on its back onto a large platform. The sheep’s legs are restrained to allow shearing to take place and the functions of the Shear Ezy are controlled by a switchboard which can easily be reached by the shearer.

The shearer stands on a deck which places the sheep at about waist height, removing the need to bend over. There is also no need to catch the sheep and drag it onto the board, as would happen in traditional sheds. The sheep platform can be rotated during shearing by the shearer pushing a button with their knee.

The ShearEzy base unit costs about $15,000. More details will be available in the August edition of the Farming Ahead magazine.

Read this Research Report as an ePublication