WORKING dogs can be an invaluable part of a sheep enterprise, but they need to be well trained. 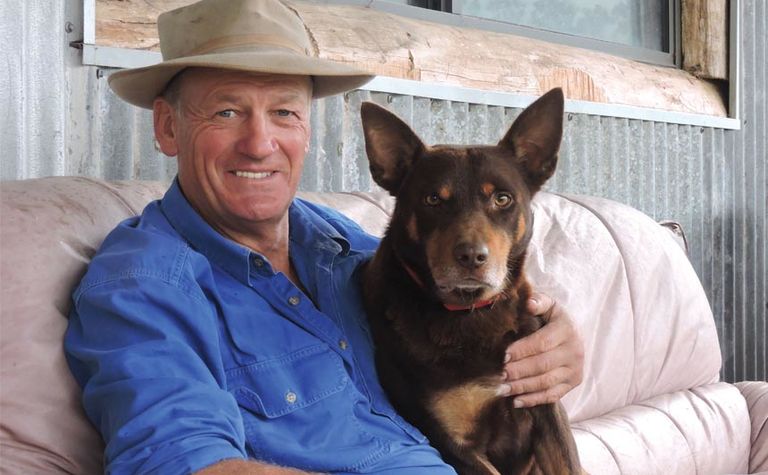 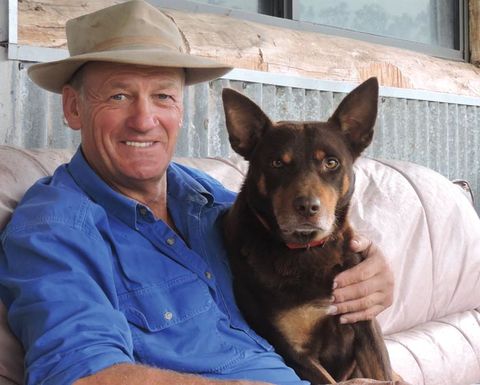 Paul Macphail with Beloka Tom, one of the sires at the Beloka Kelpie Stud. Photo: Anneke Homan

Paul Macphail speaks slowly and quietly when he talks about his dogs and dog training, but his passion and knowledge come through loud and clear. Paul runs Beloka Kelpie Stud and Dog Training School in Gippsland Victoria, and travels around the country helping farmers, and city slickers, get the best out of their working dogs.

“People in farming are busy,” Paul said. “There’s always a lot to do, so they don’t always have time to look at the finer details of working dogs.

“Farmers are practical people. They just want the dog to help them. They don’t want to have a huge focus on their dogs.

“Most people take the dog out on the job and expect it to work.”

When the dog doesn’t work, farmers often come to Paul for help, often in the form of attending one of his two-day workshops with their dog or dogs.

“Usually in a couple of days, you can make a difference,” Paul said.

Paul said there are a lot of little things that make a difference with working dogs but the first thing that needs to be right is the genetics.

“The dog has to have a strong herding instinct. If it hasn’t got that, it won’t work, or it will work badly.

“The natural instinct of a working dog is to work on the opposite side of the herd and bring the stock to you. The old farmer wants the dog to come behind all the time. It’s a balance then of allowing the dog to go around the herd so they can release their instinct, but also to keep behind and push the sheep forward.”

Paul said it’s important to remember that when a dog is working sheep, the interaction that is playing out is a predator-prey relationship. Understanding this relationship and how it works is crucial to using dogs to work sheep effectively.

“You need to understand the sheep’s needs,” he said. “The sheep, as the prey animal, is looking to escape; they want to get away. You need to work with that ‘Escape Theory’ so you are applying the pressure of the dog to move the sheep in the direction you want them to go. You make their escape route the path you want them to take. Too much pressure and you lose them; not enough pressure and you lose them. It’s a balancing act.

“Dogs that work correctly work outside of the sheep’s fear zone. They ‘arc around the mob’.”

“If you can’t control your dog, you won’t be able to get it to work properly,” Paul said.

“It’s as simple as that. People who don’t do the obedience work, don’t get their dogs to work well. The handler needs to be in charge. It’s called leadership and there’s a big area of leadership in dog handling.

“If you don’t show leadership, the dog won’t listen to you. When that happens, people resort to all sorts of other methods that don’t work as well, such as yelling and force. Or else they just give up and say the dog is useless.

“But a good dog is a valuable asset. One person with two or three good dogs can do a lot of sheep work. I haven’t figured out how to get them to drench the sheep yet, but they’re pretty good at most other things.

“If you started working out the hours and what they cost, it’s pretty obvious that a good dog is valuable.

“But it’s very difficult to get a really good dog. You can train a dog up to ‘trained’ but it’s different to get them up to ‘experienced’.”

“The herding instinct comes out at 10-12 weeks of age in puppies,” he said. “They can be introduced to sheep then. They can get a start and you can see if they’ve got some potential.

“Get yourself set up right. You need some quiet sheep to start with. Put them in a safe, small area – one that’s puppy proof and sheep proof. Let them get the idea of heading, blocking and controlling the sheep. Start slowly. Take your time and keep it positive.”

You can find video footage of Paul introducing puppies to sheep and of working dogs in action on the Beloka website by clicking HERE. 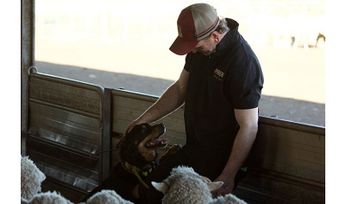 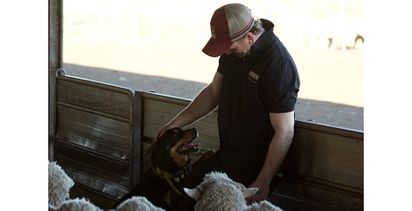