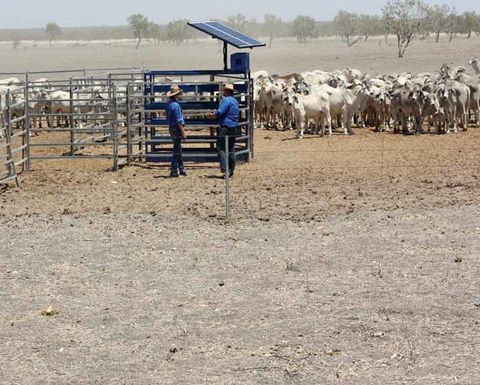 The technology was put to the test on the Northern Territory-based Newcastle Waters property, which covers more than 10,000km2.

“Looking at the walk-over-weighing system, I was concerned about how it was going to work, how many units we would need for our scale of operation and if it would be commercially viable,” Andrews said.

“However, once we got it set up and started thinking outside the square, I realised we only needed one unit per land type to supply accurate information on our pasture quality and stock performance across the entire property.

“The more we thought about it, the more ideas we came up with on how to add value to livestock, in terms of kilograms, to save time and labour and to make good land management decisions.”

Initially, the team at Newcastle Waters used the technology to monitor weaner bulls.

“We run the company’s multiplier stud herd, which disseminates Consolidated Pastoral Company’s elite genetics across its commercial bull-breeding program,” Andrews said, as Newcastle Waters supplied around 800 bulls for the program each year.

By trialling the system in that area of the enterprise, Andrews found there were numerous benefits.

They were able to identify good performers, and were able to regularly record individual weights, without labour or stress on animals, which helped identify faster-growing bulls and superior genetic lines.

Being able to regularly monitor weights and pasture quality made Andrews realise the bulls had started losing weight before it was evident through normal visual assessment.

Instead of mustering paddocks to monitor what animals were ready for sale, Andrews found that a remote weighing station could provide enough weight samples to identify whether enough animals had met a target weight to make mustering worthwhile. 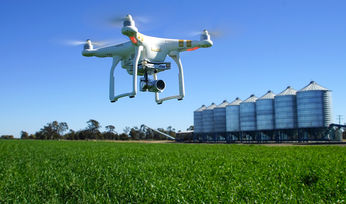 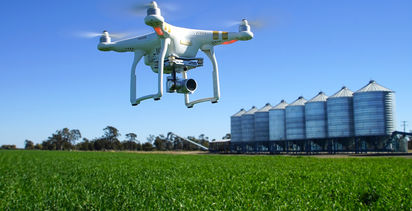