MACDON has announced the arrival of its FD2 series draper harvester fronts with increased flexing and ground following ability. 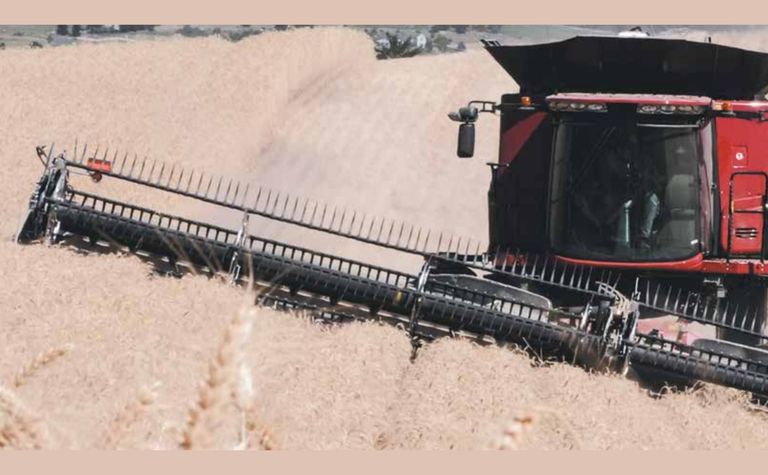 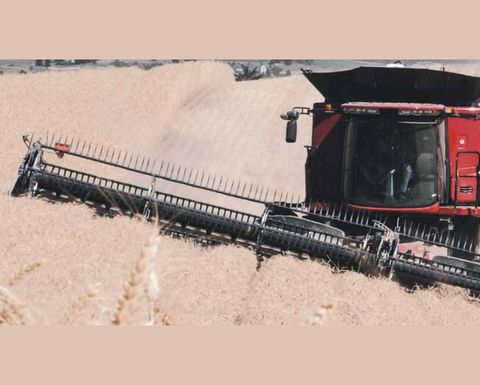 An extension of another 205mm up and down is available but this requires the removal of the flex limiter and a greater reel to cutter bar clearance.

MacDon claims the new fronts have 70 per cent more flex than the previous models and the FD2 gets instant float response with MacDon's Active Float System which is a mechanical system that supports up to 97 per cent of the front's weight.

The FD2 is a floating, three-section flexible front with double and triple reel configurations to allow the entire front's frame, cutterbar, and reel to follow ground contours as a unit, flexing up to 43cm on either end while maintaining a close reel-to-cutterbar relationship.

Helping the ground-following ability are optional ContourMax Contour Wheels which also allow a consistent stubble height while cutting up to 45cm off-the-ground.

The fronts can also be run in rigid mode by the flick of a lever and another option is a full width cross auger.

The draper belts used on the FD2 series are 127cm wide which MacDon claims can add up to 20 per cent more capacity compared to the previous models.

Other design tweaks include the addition of aluminium components including reel endshields. 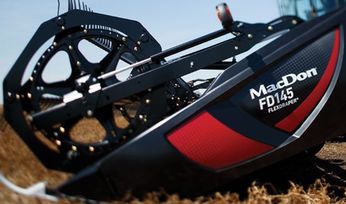