PRIMARY Sales Australia has been appointed exclusive distributor of the Bushel Plus harvest loss management system. 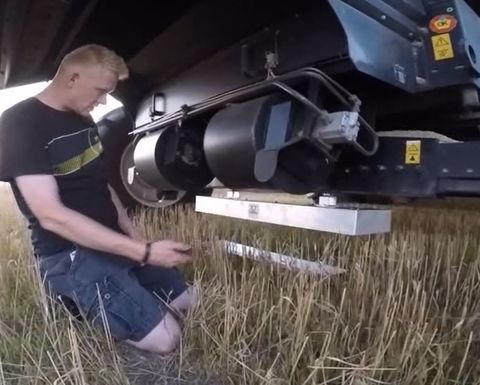 The Bushel Plus system uses a drop tray which can be attached to the harvester and dropped while harvesting. The drop tray's contents can then be measured to reveal how much grain is being lost.

The system was on display at the Primary Sales site at the Dowerin Field Days last week and includes the drop tray, a cover, a small blower/sieve to help remove non-grain material from the collected sample, scales and an App to run the system.

"The Bushel Plus was thoroughly tested during last year's harvest in a research program conducted by Peter Newman for GRDC Western Region, and with Marcel Kringe, founder of Bushel Plus, when he was in Australia working with growers," Broley said.

"Many growers were surprised with what they were actually losing once they'd measured the grain loss and it was common to see between five and 10 per cent loss in cereals.

"In one particular case, a grower discovered he potentially was losing $194,000 out of his barley crop until he used the Bushel Plus to identify his losses."

A Bushel Plus design is also available to fit Primary Sales' Emar Chaff decks.
The Bushel Plus has a magnetic cover which is attached to the rear axle of the harvester with the drop pan attached electro-magnetically underneath.

The harvester operator activates a remote to drop the pan underneath the header to catch material and grain.

The pan's contents are placed into the separator, taking out the straw which allows the grain to be weighed.

The app is used to calculate losses - a process which takes about 10 minutes. The app has built-in calculations to make it easy to determine harvest losses as a percentage and into kilograms per hectare.

HWSC and measuring grain loss at harvest are improving crop growing for a Wimmera farmer. 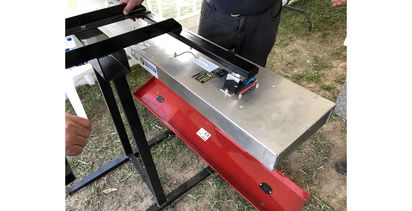