JOHN Deere has announced a new range of harvesters which offer several key improvements in technology, particularly when it comes to self-adjusting and monitoring software and hardware. 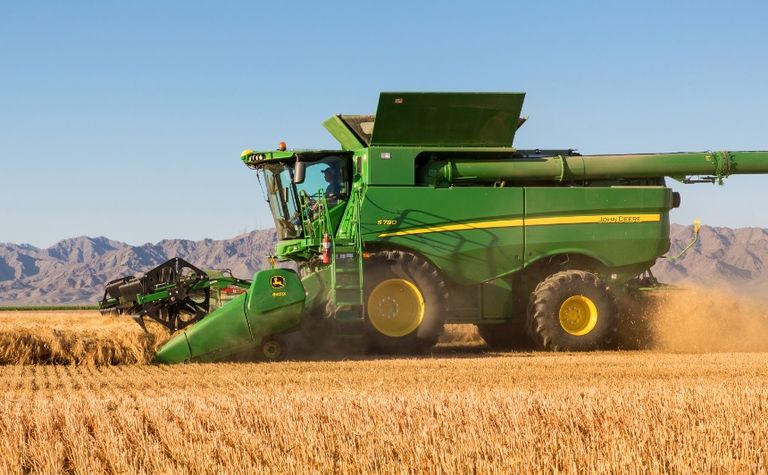 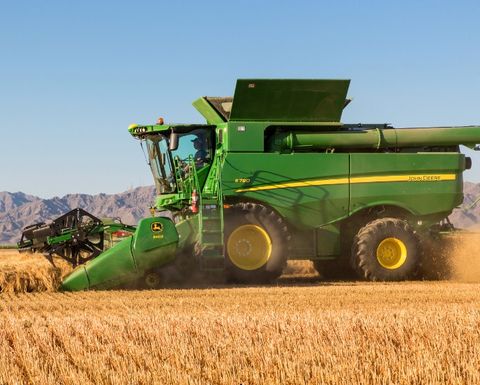 The new S700 series has four models (S760, S770, S780 and S790) which not only have better “smart” capabilities, they include a new cab and interior which matches other John Deere gear such as self-propelled sprayers and larger horsepower tractors.

John Deere has incorporated a range of smart technologies in the S700s in a suite called the Combine Advisor package.

Combine Advisor incorporates seven technologies to help operators set, optimise and automate the combine for the most effective harvesting performance based on prevailing crop and field conditions.

One of the features is Auto Maintain which is a function within Combine Advisor that is supported with ActiveVision cameras. The cameras give the operator a view into the tailings and clean grain elevators via an in-cab display, and analyse the information to maintain optimal threshing performance based on operator set targets.

Another addition to the S700 Combines is Active Yield technology which can automatically calibrate the mass flow sensor. This saves time by eliminating the need for manual calibrations and ensures the best data is collected.

The biggest physical difference compared to the S600 series, launched in 2012, is in the cab. Machine performance features of the CommandCenter in the cab include a Gen 4 interface and monitor with 4600 processer; CommandArm and multi-function control lever with greater ergonomic design and customisable buttons.

The new cabs also feature either leather or cloth seats, which swivel 7.5 degrees left and 15 degrees right for improved visibility.

More details will be available in the July edition of the Farming Ahead magazine. 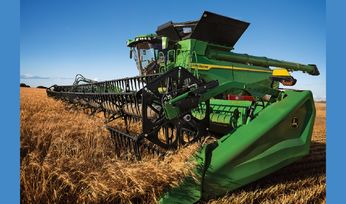 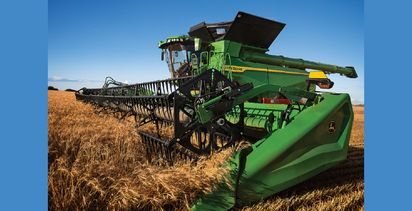