KONDININ Group experts and the Grains Research and Development Corporation (GRDC) are supporting grain growers in the southern cropping region in their efforts to minimise the risk of harvester fires.

Kondinin Group research has revealed that on average, about seven per cent of harvesters per year will start a fire, and one in 10 will cause significant damage to the machine or surrounding crop.

But experts say those figures can be reduced with improved harvester hygiene, maintenance and potentially with exhaust system shielding treatments, particularly in more volatile crops such as lentils.

Kondinin Group research general manager Ben White was one of the keynote presenters at the workshops, and he said many pre-harvest preventative maintenance checks tied into what growers already do on a regular basis, such as checking belts, hoses and wiring for damage.

“Oil seals should also be inspected. A dripping line or weeping seal needs to be repaired prior to harvest, otherwise that could become a fire hazard.”

According to White, some growers use exhaust insulation blankets (such as those used in the mining and racing car industries), alumina-silica materials on exhausts and turbo chargers to reduce fire risk.

He said it was an effective way of reducing fire ignition sources, but growers needed to be careful with the impact such insulators could have on engine and turbo operation temperatures and any warranty implications.

GRDC Southern manager grower services, Craig Ruchs, said the workshops – at Swan Hill and Warracknabeal in Victoria and Crystal Brook and Cleve in South Australia – were designed especially for new lentil growers or those with limited prior experience with lentil harvesting operations.

“Although the workshops were targeted at new lentil growers, much of the information delivered applies to all growers and machinery operators – regardless of the crops being harvested and levels of harvest experience.

“Machinery failure is in many cases responsible for fires starting so it is critical that all growers undertake scheduled harvester operation checks and regular maintenance leading up to and throughout harvest in an effort to reduce the risk of fire.”

Harvester fire risks can be minimised. 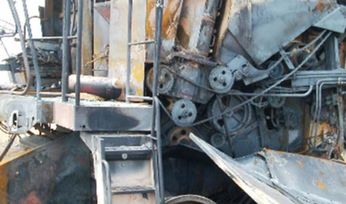 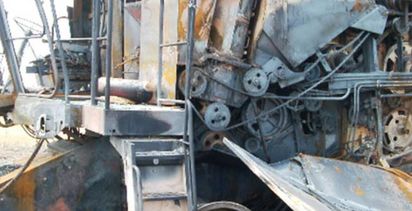 Hygiene and maintenance are keys to reducing harvesting fires