JAMES WALKER is a fifth-generation farmer from Longreach, Queensland, who’s decision to “keep busy” during a period of extraordinary drought has won him the Kondinin Group 2017 Award for Excellence in Diversification. 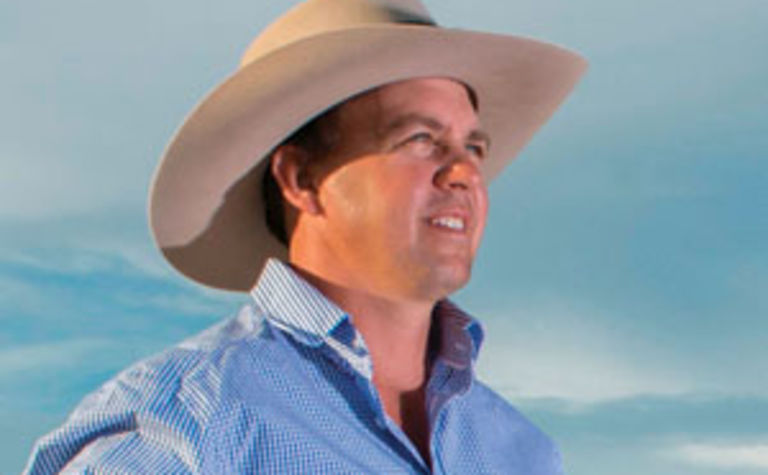 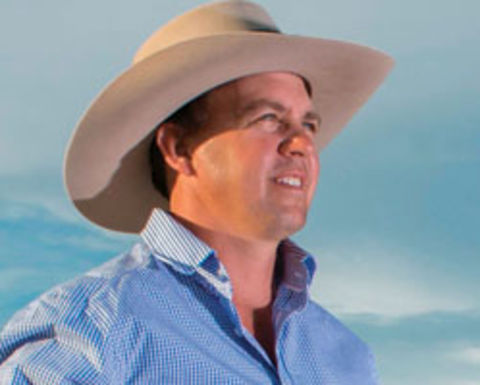 James is passionate about Australian family farms and in improving financial performance.

“We acquired our first property in our own right at the start of 2014, which unfortunately coincided with the commencement of the current drought,” James said. “In that initial phase, I saw the warning signs in long term weather patterns, so we made the very tough decision to destock the farm and we have only just started restocking this year.”

“During that time, I focused my attention on several off-farm projects.”

James developed an agri-tourism venture, ‘Camden Park Station’, which provides visitors with the opportunity to meet James and his family and experience a working sheep and cattle station. It includes a walk through the historical homestead gardens, shearing shed and cattle yards.

James also used the time during the drought to stage summits, with the aim of attracting new ideas from outside agriculture to help solve some of the issues the industry is facing.

“All three tackled issues of drought, markets and capital for farming family businesses. Afterwards, a case study was developed by the Australia Farm Institute and Accounting Fitness, challenging farmers with the ideas brought forward by industry.”

As a result of the summits, James was awarded a project to build a financial literacy tool for farmers. Through instruction from the Prime Minister’s office and working with the Department of Agriculture and Meat and Livestock Australia, James developed Farmecco.

“The Farmecco tool captures all the financial elements of an enterprise and creates two reports – one as a communication piece and the second as bank ready documents all in 40-50 minutes without using Excel,” James said. “The system has been described as the vehicle for financial transformation for the beef industry.”

Richard Rains, past owner of meat export company, Sanga, applauds James for the ability to think outside the square.

“I think Farmecco it’s a masterstroke,” Mr Rains said. “At the end of a day it means producers can understand the equity in business, and can take these figures to the bank and potentially help grow their businesses.”

“Financial literacy is something that has been sadly lacking in the bush and this product gives every cattle farmer the opportunity to know every night exactly what their bottom line is.”

In addition to these large projects, James has also had the farm organically accredited, fenced the property with a complete exclusion fence, started an Outback Yacht Club and commenced a large, 15 MW solar farm to stimulate the local economy and attract more income for the farm.

“We intend to go off the grid and create a closed farming loop where inputs equal outputs,” James said.

Professor John Cole, Executive Director at the Institute for Resilience Regions, University of Southern Queensland, said that James epitomises the co-operative way, about farmer’s working together and sharing information to make themselves more financial.

“I don’t think I have met anyone more inspirational in Australian agriculture,” Professor Cole said.

“James is genuine, authentic and personifies that if you are going to do something, you just do it. You don’t wait for Government.”

Award win for pearler of an Aussie farmer

WA pearl farmer James Brown is the 2020-21 Australian Farmer of the Year. 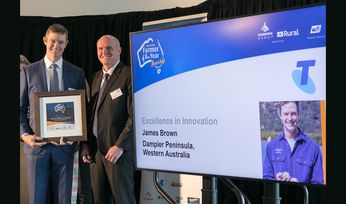 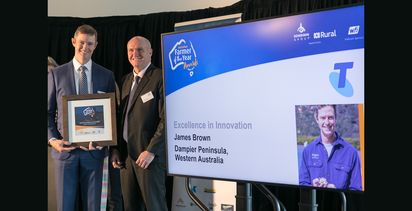