ROB COOK is a fourth-generation cattleman who, during 2008, was involved in a life shattering helicopter accident which left him a C4 quadriplegic. 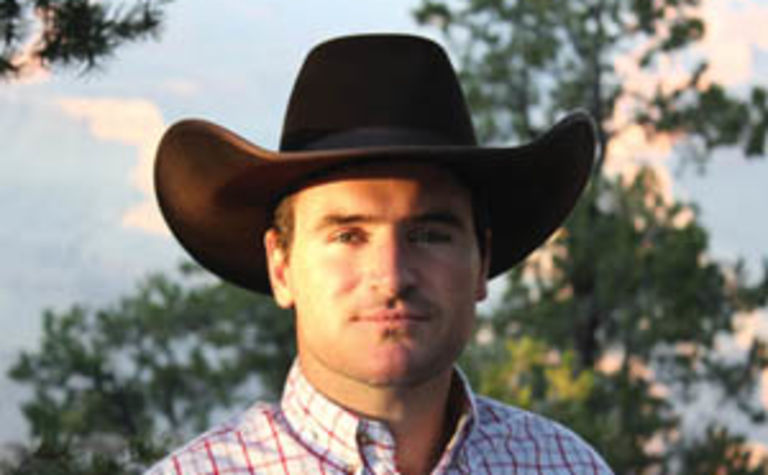 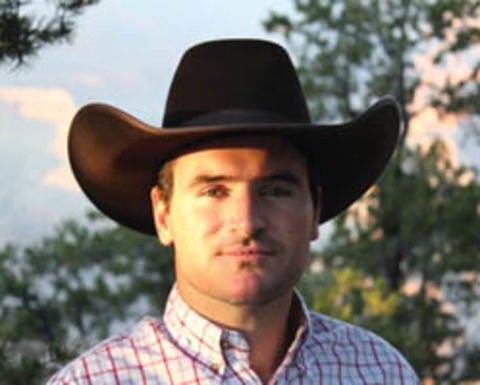 Instead of backing away from a life of farming, Rob dug deep and by employing some innovative and ingenious new practices and farming techniques, now farms 700-head of black Brangus cattle over three properties.

Rob is the winner of the Kondinin Group 2017 Award for Excellence in Innovation sponsored by Harvest Tyres.

Originally from Suplejack Downs Station, Australia’s most remote cattle station located in the Northern Territory, Rob’s injury left him extremely limited in his physical ability to contribute to the family business.

“I knew that if I wanted to keep farming, I had to investigate a new way of doing my old job,” Rob said.

“So together with my wife, Sarah, I have sought out new ideas and redesigned traditional structures to accommodate my needs.”

Advances in on-farm technology have enabled the cattle producer to remain productive in the beef industry.

Rob and friend Ian Talbot have created a world first electric over hydraulic joystick control which gives Rob the unique ability to operate the block gate and all five way drafts in his cattle yards. The technology can also be linked to the calf crushes and silencer hydraulic crush.

“The joystick is strapped to my wheelchair and operated by my limited movement,” Rob said. “A 12-volt solar power system is installed with cameras which gives me a 360° view of the yards so I can monitor the handling of livestock during the processing session.”

“We have also had three sets of custom built steel cattle yards erected in the last two years, which are accessible for my wheelchair but are also safer for workers who may not necessarily have experience in the cattle industry.”

Rob also introduced the use of telemetry to monitor water points around the properties, which is distributed by a solar pump in the drilled bores.

Rob’s innovation hasn’t only been born by necessity, but also to solve issues faced by many farmers across the industry.

“We brought a 300-acre irrigated property where we wanted to fatten and finish the cattle,” Rob said. “We improved pasture and successfully allocated 50 acres of irrigated hay and silage production, but rather than diversify further, we installed a 1.5 tonne fodder solutions unit.”

This unique system can transform 340kg of barley seed into 1500kg of nutritious barley sprouts/fodder every day. Rob and Sarah then invested in a mixer wagon to produce their own custom feed mix. This gave the ability to blend their own hay and silage with the sprouts to create a high protein custom feed. The 70 per cent fodder-based ration is then fed directly to the cattle in the paddock.

The electricity use is offset by a solar system and the wastewater is captured and used to irrigate the hay paddocks.

Anna Speer, Chief Executive Officer of Auctions Plus, said Rob is resilient, a natural leader and an inspiration in the industry.

“Rob never lets the tough time get in the way of life,” Ms Speer said. “He overcomes adversity daily as he creates new ways to make farming more efficient for him as a C4 quadriplegic.”

Russell Kennedy from Harvest Tyres, sponsors of the 2017 Award for Excellence in Innovation, said Rob was a true innovator whose commitment to finding a solution to a problem was remarkable.

“The ideas that Rob has implemented on-farm have serious application beyond his farm gate,” Mr Kennedy said. “It is great to see that he hasn’t let anything hold him. So many could learn from his spirit and determination.”

A senior technical officer at Horsham in Victoria has been recognised for her work in grains. 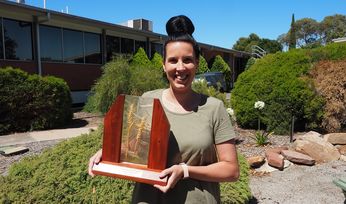 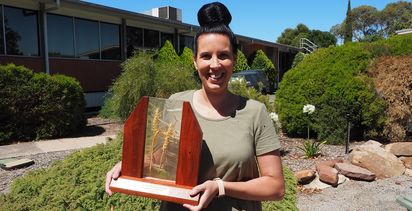 Call goes out to farm inventors for Henty Field Days

Innovation key to getting the job done

A lifetime of innovation for WA farmer