PROFESSOR Chengdao Li is an Australian barley researcher and geneticist who has been presented with the Award for Excellence in Agricultural Research, sponsored by Corteva Agriscience, at the 2019 Australian Farmer of the Year Awards. 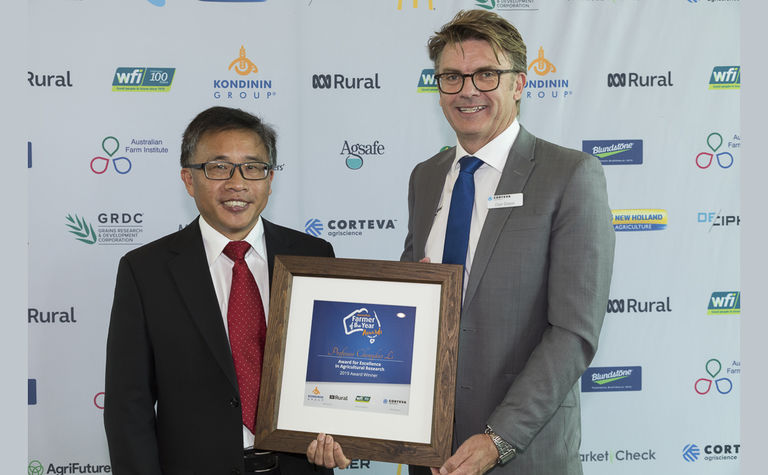 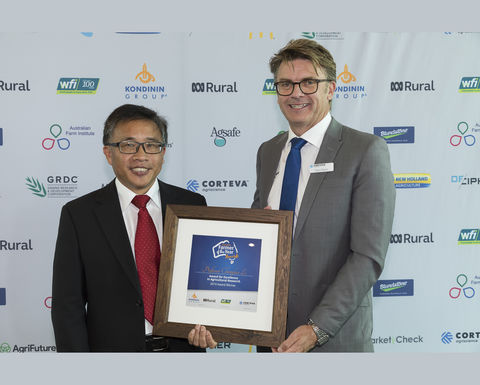 Throughout his career, Professor Li has contributed to the breeding of several highly profitable barley varieties including Baudin, Hamelin, Vlamingh, Roe, Hannan, Lockyer and Litmus; delivering significant benefits back to Australian farmers.

He also leads a group of scientists at Murdoch University, Western Australia, who are undertaking research in improving barley yields and malt qualities.

"The work that Professor Li has done in grain genetics has had a remarkable impact on Australian barley growers," Mr White said.

"By ensuring our growers have the best variety options available to them, to withstand our growing environment, he has helped revitalise and strengthen the Australian barley industry."

Barley is the second-largest broadacre crop grown in Western Australian after wheat, and as an export commodity, contributes more than $300 million to the Australian economy annually.

"It gives me great pleasure knowing that the work I am doing in barley Research and Development is having real, tangible benefits back at the farm gate as well as elevating Australia as a premium barley exporter," Professor Li said.

"For instance, Baudin has transformed the Australian barley industry, while Vlamingh has increased profitability for some farmers by $40 per hectare.

"I am also pioneering the development of the acid soil tolerant barley Litmus, and it has been estimated the acid-resistant variety could contribute $30 million to the WA economy per annum."

Professor Li stands at the forefront of agricultural research and is leading his team to tackle some of the most important agricultural issues, such as pre-harvest sprouting in cereals.

"Pre-harvest sprouting has resulted in tens of million dollars in economic loss for the barley industry," Professor Li said.

"My team of researchers, within the Western Barley Genetics Alliance, has provided an effective genetic solution to eliminate the grain defect which will have a positive impact across Australia."

Dan Dixon, ANZ Marketing Director at Corteva Agriscience, said that the work Professor Li was doing was up there with the best.

"Professor Li's impact on the barley industry is undeniable, and his dedication to working on new varieties to keep the Australian barley industry at the front of the game is exceptional," Mr Dixon said.

"The demands on our farmers and our resources have never been greater. That's why Corteva is delighted to support this award and honour the excellence in agricultural research that is vital to securing Australia's farming future."

Yorke Peninsula, SA, farmer won't be left in the dark. 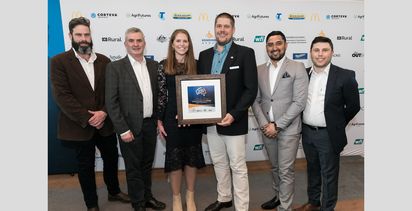