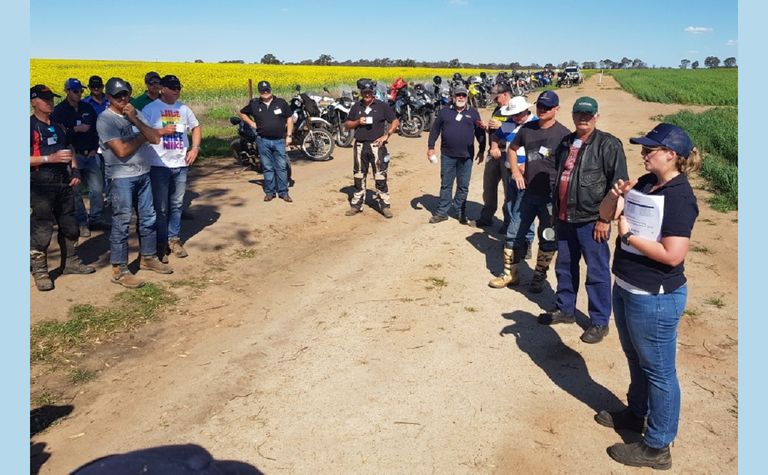 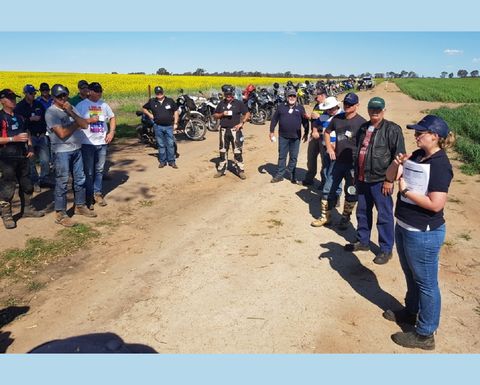 Adama's second 2-Wheel Trial Tour attracted an increased number of motorcycle riders, including from across the Nullarbor.

A group of riders from New South Wales Elders agency, B&W Rural at Moree, NSW, and the wider area joined the tour, as well as another Elders agronomist and grower clients from Victoria. WA growers on the tour came from as far as Northampton around to Bremer Bay.

In addition to viewing a range of trials investigating weed and disease control, crop safety, soil health and frost management, participants enjoyed both open road and dirt riding as they travelled from near Brookton up to York, where they also took in a visit to WhiteGum Farm and its flight facility, before returning to Brookton.

Rather than inspecting only Adama's trials, the tour group had the chance to see work from the Australian Herbicide Resistance Initiative (AHRI), Department of Primary Industries and Regional Development (DPIRD) and consultancy groups, Farmanco, agVivo and Living Farm, to highlight a broad spectrum of research.

Several trials are being coordinated with funding from the Grains Research and Development Corporation (GRDC).

Ben Cripps, who joined the tour from Northampton, said it was excellent Adama included trials on the tour from different organisations, while he also enjoyed meeting other like-minded people from across Australia.

Adama market development manager - WA, Bevan Addison, said the weed control trials featured one of the company's new products due for release in 2021, Ultro 900 WG, a Group E herbicide for grass weed control in grain legume crops. It is being compared with existing products in lupin and field pea crops.

"It will be a great rotational option, giving good weed control and helping to reduce the reliance on other pre-emergent herbicides such as Countdown, Sakura and propyzamide,'' he said.

The tour also included interaction with the Blue Tree Project that is helping to raise awareness around mental wellbeing in rural areas.

Growers learn the importance of quality for noodles and bread. 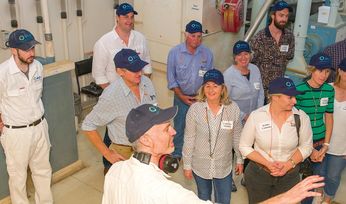 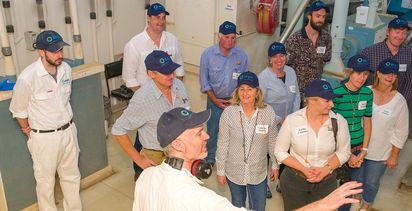