WITH THE average annual loss in equipment and stock on farms running at around $10,000 it is good to know how to protect yourself and your property against vandals and thieves. 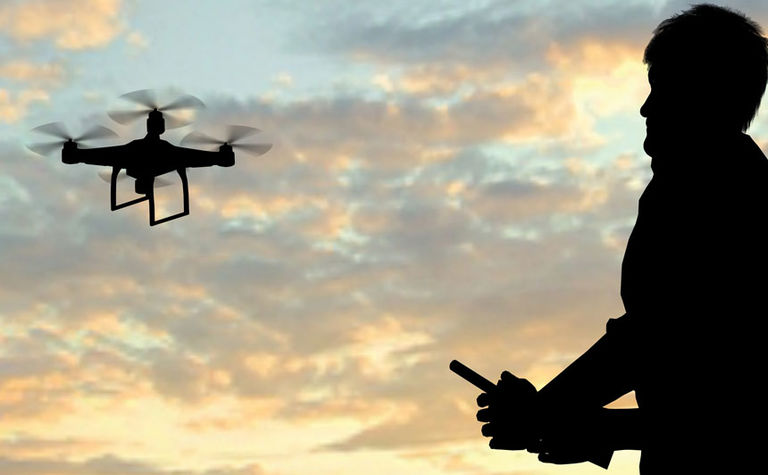 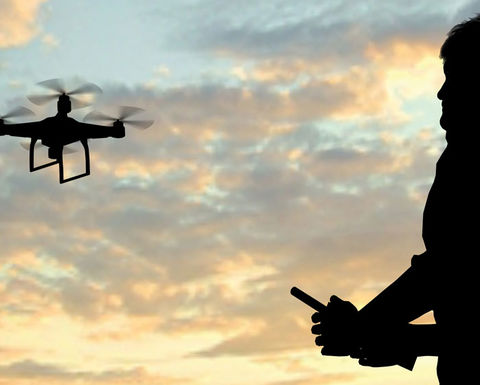 Not every drone is friendly - some might be "casing" your property.

Outback roads and secluded sheds and farm houses provide thieves easy pickings for stealing farm equipment, livestock or valuable fuel for vehicles. In addition to the financial loss and stress farmers go through after a theft, there are also limitations with catching the perpetrators if there has been a long span of time between the theft and the owner noticing the missing or stolen item.

Huge distances and a lack of witnesses mean crimes in regional areas are easier to commit and harder to police. Because of this, rural crime is a problem right across regional Australia, more so in more isolated and underpopulated regions.

Trends are changing in regards to rural theft.  When once it was all about thieves targeting farm machinery, there has been a surprising spike in livestock theft.

THE RETURN OF THE CATTLE RUSTLER

According to statistics from NSW Police, 1,717 cattle and 8,095 sheep have been reported stolen in the first quarter of 2017. Based on average market prices, those thefts have cost farmers almost $2.7 million, as meat prices are at near-record highs with sheep fetching up to $150 and cattle selling for about $1,500 a head.

Further to the loss of money, the time and effort spent on genetic breeding lines can also cost a farmer dearly. Of particular concern is the increased risk of stolen stock with fraudulent health status papers entering the marketing and processing chain, which poses an unacceptable risk to Australia’s domestic and international trade. Illegal hunters also commonly make their way onto isolated rural properties, often with hunting dogs, and landholders worry about damage to stock, fences and possible opportunistic thieving.

According to the University of New England, there are some things farmers can do to deter thieves, including regularly checking stock and the paddocks and fences where the stock are grazing. Check stock daily if possible – especially around sale days – to ensure that suspected losses are recognised and reported to police as soon as possible.

WHAT THiEVES ARE AFTER

According to the Australian Institute of Criminology’s monograph Farm Crime in Australia, theft of small tools and equipment was the most common type of crime with 33 per cent of farmers reporting this crime. This was followed by livestock theft (23%) and theft of fuel (21%). Just under half of those victimised reported the crime to the police (49%).

The main reasons crimes are not reported to police is a belief that the police wouldn’t be able to do anything about it, and that it was not serious enough to report.

According to a recent NAS Survey, the most common items reported stolen are quad bikes, motorbikes, firearms, workshop tools and large machinery. All have a high resale or black market value and the smaller items can be easily transported with minimal effort.

The rise in popularity of drones in rural areas is seen as a positive, but they can have a darker side. Thieves have been known to “case” properties using drones to map entry and exit points as well as gather information on what to steal.

Anecdotal evidence from farmers has shown how small “innocent looking” drones have been used to hover around farm houses and sheds so burglars can get a good look at their target before robbing them.

If you see a strange drone flying around your property be especially suspicious if it hovers about buildings and machinery. Lodge a complaint with the Civil Aviation Safety Authority and make your local authorities and neighbours aware of the drone’s presence.

However do not be tempted to take down the drone yourself as you may be breaking the law. According to Australian laws around drones, it is illegal to have a countermeasure that impacts a drone, as you would technically be damaging property.

Joining online social media groups such as Facebook and Twitter can be very helpful for keeping track of local crime. Look for police-run Rural Crime pages and groups in your area or postcode to keep up with the latest news. Also be mindful of what you post on social media as an innocent announcement that “harvest is over and it’s time to go fishing” can be music to thieves’ ears. When holidaying remember to have someone check your property, collect your mail and generally make the farm look “lived in”.

HOW TO PROTECT YOUR PROPERTY

Deterrents, including visible identification, are often used successfully as a simple means of protecting goods.

But while visible identification is easy to apply to livestock, tools and equipment, it is not as simple for quad and motorbikes without defacing them and reducing resale value. While they should be recorded, and that can be helpful in identifying stolen goods, Vehicle Identification Numbers (VINs) on these machines can be removed.

Fortunately, there are other options for marking goods, including DataDot technology, which, when used in conjunction with the National Equipment Register, can provide police with a means of identifying gear which might have been taken from the farm.

Most vehicles, including tractors and machinery, carry a VIN, or an engine number, or both. These are located on a VIN plate fixed to the chassis or cast into the engine block. Serial numbers are common for highvalue electronic goods including GPS, UHF or radios.

Serial numbers are important to keep for both insurance and theft recovery purposes, particularly if proof of ownership needs to be established for legal purposes.

Keeping a register of equipment make and model details with serial numbers and even photographs can also be helpful if the equipment is stolen.

Mobile phones are easy targets for thieves, but they each have a serial number known as an IEMI (International Mobile Equipment Identity) which means they can be identified if recovered.

With 60% of Kondinin Group members owning an iPhone, one feature which should be switched on via settings is the location services (scroll right to the bottom) and “Find my iPhone”.

Switching this feature on allows remote tracking and deletion of all data off the phone if it is stolen. There have been examples of stolen iPhones and iPads being recovered with the assistance of police using this feature.

It is also handy if you accidentally lose your iPhone in the paddock. If your phone has Find my iPhone turned on, you can go to www.icloud.com and track it from there.

According to insurance claim data, fuel is often stolen in smaller amounts, with the average claim being for around 1000 litres. By nature, fuel is difficult to protect but locking on-farm fuel storage outlets and fillcaps is a good start.

Coded padlocks provide a quick means of accessing the bowser without having to find keys. But vigilance is often the best deterrent with fuel-meter logs being good practice and, if required, cameras can be used to monitor the storage.

Fuel storages should be located where they can be easily monitored but not easily seen from a road.

Where mobile tankers are used, keep them out of sight from the road and avoid leaving them in the paddock for any longer than they are required.

It goes without saying a locked gate is one of the best deterrents for thieves. A good quality padlock (which can withstand the weather) connecting a length of hardened steel chain will generally do the job.

Make sure gate hinges are captive and not removable once the gate is in position to prevent the gate from being lifted-off at the non-locked end.

Also be aware of who owns the locks on your gate. It is not uncommon for power or telecommunication companies to cut chains and add their own lock to maintain a secure gate while providing keyed access to maintain services.

But there are instances where this has been exploited by thieves, who have had the audacity to add their own lock to farm gates and provide themselves with keyed access.

Just like gates, sheds should be locked where practical, particularly those visible from the road.

Sheds with roller or sliding doors can be locked from the inside with pins or track locks allowing a smaller lockable access door for regular access. While most farms have open unlockable machinery sheds to cover larger machinery, it might also be worth thinking about securing any workshop areas in the shed.

Nothing is easier and more convenient for thieves as driving your machinery onto the back of a truck, or simply driving it off the property.

Consider a coded secure key cabinet to store the keys of the tractor, harvester, quad bikes or other farm vehicles.

The code can be shared with farm labourers or other staff authorised to use the machinery and the code can be changed as needed. A wall-mounted 30-key secure code cabinet will set you back about $130.

Keep an eye out for unusual vehicles in the area, jot down licence plate numbers and talk to neighbours, encouraging them to keep an eye out for each other. A combined approach is the most effective solution for combatting thieves and vandals.

Another method of locating stolen goods is via GPS trackers. These use a mobile phone network to transmit the GPS location of the tracker, and the machine it is attached to, to a website which the owner can log into and locate the item. The trackers generally require a data SIM card to transmit the location, accurate to about 5m, back to the website. Maintaining a prepaid SIM is probably the way to go for something like this at an annual cost of around $180.

A person’s home may be their castle but the law can be confusing when it comes to trespass and burglary.

Trespass is a civil matter, not a criminal offense, so signs that read “Trespassers will be prosecuted” are basically meaningless. It’s better to have signs that state “Keep out – private property. You are trespassing”.

The law states you have the right to decide what is left on your property, as well as the right to keep people out. However you are also obliged to take the right steps and behave responsibly when dealing with trespassers and other unwanted intrusions on to your property.

Contrary to what most people think, property owners actually owe a duty of care to trespassers to ensure they do not come to any harm, which means if there is a hazard on your property you might reasonably be expected to offer some protection.  Creating traps to put trespassers off is not recommended as it may make you liable for a compensation claim.

If you do catch a thief on your property Call 000 and tell the operator everything you can about the situation. Do not try and engage the person as they may be armed and unpredictable. The law states you can only meet an attacker with equal force and that in itself is open interpretation, so it is wiser to observe and report.

From a safe place, pass along information such as the description of any cars, including make, model and licence plate number. If you see the burglar fleeing your home, tell the police which way he is going, and provide as much detail about his physical description as you can. Again, safety is paramount, but giving police details will aid their investigation. 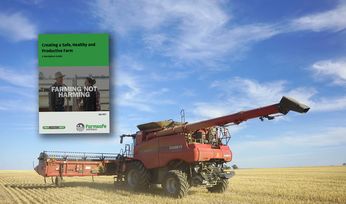 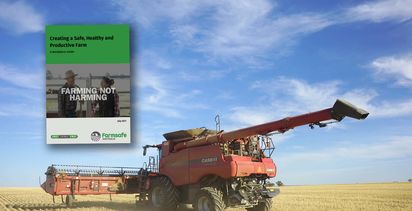