THE dangers of quad bikes have been brought into sharp focus in New South Wales, with three deaths in the past week as a result of quad bike crashes. 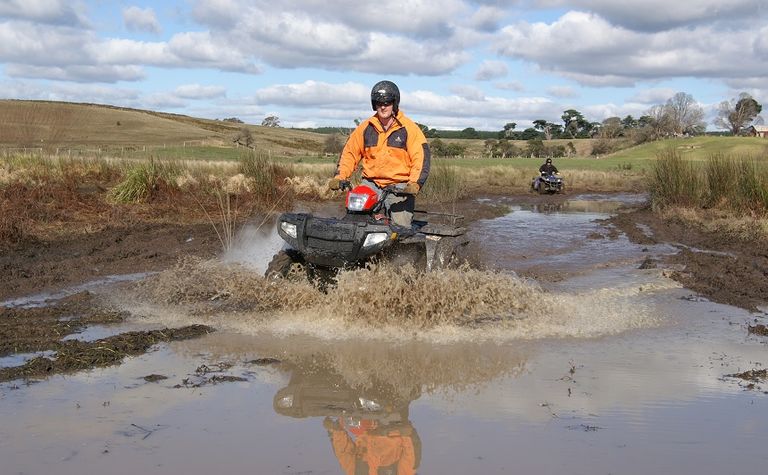 Police suspect the cause of death was a quad bike crash, which would take the state’s death toll on quad bikes in 2017 to four.

It follows two fatalities last Sunday, where a six-year-old girl and a 60-year-old man died in separate quad bike accidents on the same day.

Quad bikes are a commonly used on farms for their carrying capacity, but are extremely dangerous if driven recklessly or operated by an inexperienced driver.

Since 2011, 112 people have lost their lives in quad bike accidents nationally, with 30 of those incidents occurring in NSW.

And given many farmers have more than one quad bike, they can also apply for two rebates and are eligible for up to $2000 rather than the original $500 if they are buying side-by-sides.

NSW Minister for Innovation and Better Regulation Matt Kean said the announcement coincided with the launch of a new 12-minute presentation on quad bike safety.

“We understand farming is a tough and demanding business, and it can be difficult for property owners to drop everything to attend a training day or meet with a SafeWork inspector,” Kean said.

“While these options will still be offered, this online teaching tool will allow farmers to access quad bike safety advice at a time that is most convenient to them and, more importantly, give them easier access to the rebates that might save their lives.”

SafeWork NSW group director Tony Williams told ABC Rural last week quad bikes were the number one cause of fatality and injury on farms in Australia.

“We want to turn the statistics around but we need the support of the farming community," Williams said.

"We are seeing too much repetition in the way people are being seriously injured or killed.

"We're certainly at the stage now where we'll need to secure the wearing of helmets on quad bikes."

Given the ongoing safety issues surrounding quad bikes and the significant number of deaths associated with their use each year, farmers are also in the market for safer solutions, such as utility terrain vehicles.

Last September, Kondinin Group researchers tested nine as an alternative to quad bikes for Farming Ahead.

Researchers found that while swapping a quad bike for a more expensive UTV will not stop every accident, it will go a long way towards making farms a safer place.

“If the operator of a UTV simply wears a seatbelt, they are far less likely to be injured in the event of a rollover,” the researchers said.

“The ROPs (roll-over protection structure) frame prevents crushing injury to the occupants provided they are restrained within it.

“UTVs are inherently more stable and far better designed to carry loads such as spray tanks, which can dangerously raise the centre of gravity on a quad bike. As a result, they are far safer to operate on slopes.”

You can find the Research Report here.

A new campaign has been launched in Victoria on quad bike safety. 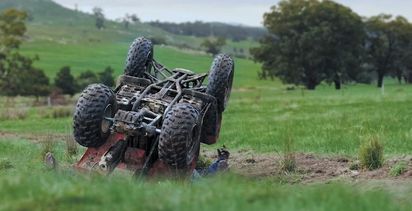 Quad bikes and tractors still number one killers on farm