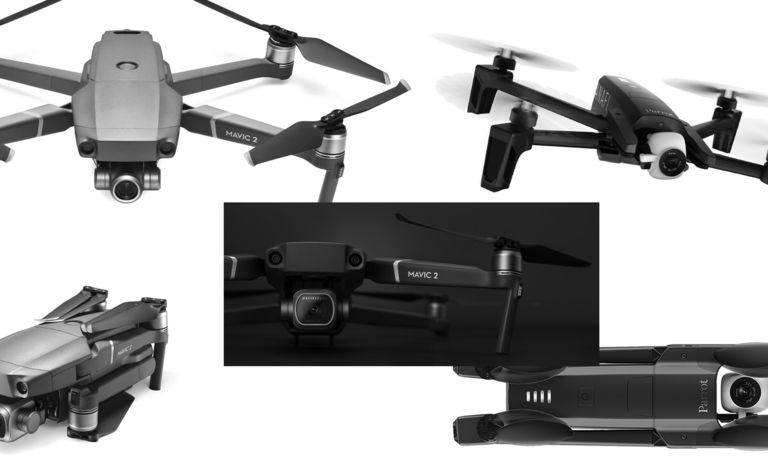 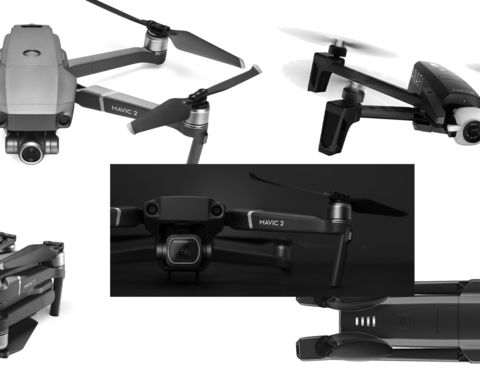 New UAV's from DJI and Parrot have hit the market with image quality and performance improvements over superseded models.

After a series of leaks and pre-release glimpses, DJI has launched the Mavic 2 series of drones with two camera options, the Pro and the Zoom.

The Mavic series from DJI is a small form quad-copter that folds for easy transportation and was first released in 2016.

Of the two models releases, the Mavic 2 is endowed with either a high-end 20 megapixel 1-inch CMOS image sensor, or an optical 2x zoom.

In addition to the beefed up optics and imagery specifications, the Mavic 2 also sees some performance specification boosts to ascent, descent and horizontal speed over its predecessor.

Flight time has also increased by around 50% and additional anti-collision vision in the Mavic 2 now adds side-monitoring to the downward, forward and back monitoring.

Range has also increased out to 8km 1080p live video according to the DJI website, although the line-of-sight limitation will not see this tested under current CASA Remotely Piloted Aircraft regulations.

The optical zoom functionality of the Mavic 2 Zoom is thought to be the first integrated zoom camera on a drone.

Meg Kummerow from Fly the Farm says that the zoom feature might be particularly useful where operators need to see detail without manoeuvring the drone too close to objects.

"An example might be to inspect the top of a silo or shed where previously, most UAV's have wide-angle cameras and need to get close to objects to see smaller details, the Mavic 2 zoom will allow that safety of distance while still retaining the ability to capture smaller features"

Meg also noted the high-end optical specifications of the Mavic 2 Pro; "While majority owned by DJI now, Hasseblad have a well-earned and long-standing reputation for some of the best quality cameras and optical technology available."

Hasseblad, founded in Sweden, is the brand of camera NASA first chose to take to the moon, and have a reputation amongst photographers as the benchmark in optical quality. The use of a 1 inch (25.4mm) sensor over the 1/2.3inch (11mm) sensor is an improvement in capture area and resolution, better low-light performance, improved dynamic range and less diffraction on the edge of the image.

Kondinin Group has requested a press unit from DJI for hands-on testing.

A "Fly More Kit" which adds extra batteries and carry case, as well as other accessories is available for an extra $649 including GST.

Meg notes that Mavic 2 stock is currently available in Australia although is in limited supply due to demand.

Parrot has also come to the market with their latest release, the ANAFI. Boasting a 21 megapixel camera using a 1/2.4 inch Sony sensor. The main party-tricks the ANAFI brings to the table is its impossibly small fold size and 180-degree tilt up and down camera. The camera is also capable of true 4K cinema resolution (4096x2160)

Charging is via USB-C which means a special charger does not need to be carried with some newer laptop and phone-chargers also using this standard.

Specifications and retail pricing are: